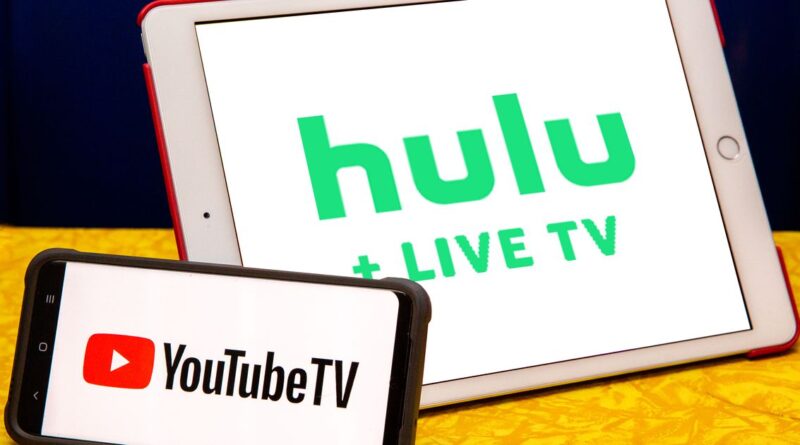 We’re all watching more TV, and with sports such as basketball and EPL soccer in full swing, it’s a great time to consider a live TV streaming service. At CNET we’ve tested all six of the major live TV streaming services and our two favorites for premium users — cord-cutters who don’t mind paying a bit more for a full package of channels and features — are YouTube TV and Hulu Plus Live TV.

A premium subscription lets you cut the cable TV cord while adding features like an advanced DVR with program guide and extensive on-demand content. Both services offer a large selection of live channels, such as CNN, ESPN and TNT, as well as local stations ABC, CBS, Fox, NBC and more. You can access them via media streamers such as Roku, Amazon Fire TV or Apple TV, your game console or your smart TV itself.

In general, we like YouTube TV best, because of a better DVR and a handful of important channels that Hulu lacks, including your local PBS station. However, Hulu is catching up on YouTube TV for channel selection — adding NFL Network and RedZone for the 2021 season for example — plus it has a gigantic catalog of on-demand shows and movies.

Here’s how they stack up.

With an excellent channel selection, easy-to-use interface and best-in-class cloud DVR, YouTube TV is the best cable TV replacement. It offers a $20 4K upgrade, but the downside is there isn’t much to watch at present unless you watch select channels. After YouTube TV’s carriage dispute with Disney resulted in a one-day blackout of 18 channels, they reached a new agreement to restore access for customers. Disney If you don’t mind paying a bit more than the Sling TVs of the world, or want to watch live NBA games, YouTube TV offers the highest standard of live TV streaming.

Hulu’s greatest assets are the integration of a full complement of live TV channels with a massive catalog of on-demand content, and all for the one price. Hulu’s channel count is solid, including some must-have programming. Its recent price increase to $70 includes Disney Plus and ESPN Plus, but you’ll have to pay another $10 a month to get the ability to skip commercials on Hulu’s cloud DVR, which makes it more expensive than YouTube TV.

Live TV streaming services for cord cutters: How to choose…

The biggest difference comes down to channels. Comparing the total channel counts from our big list of the top 100 channels on every service, YouTube TV comes out on top with 78 from that list, compared to 75 on Hulu. That total doesn’t include every channel the services carry, just the ones in the top 100 as determined by editors at CNET, but it still provides a good indication.

Here’s a condensed version of that list showing the 18 of those 100 channels carried by one and not the other.

Both services offer all four of the major local channels — ABC, CBS, Fox and NBC — in most areas of the country, and both also carry local affiliates from The CW and MyTV. Only YouTube TV carries PBS local stations; you can’t watch your local PBS affiliate live on Hulu.

Neither service offers many regional sports networks after both YouTube TV and Hulu dropped them in 2020. Beyond RSNs, however YouTube TV has a big advantage in national sports networks, with both MLB Network and NBA TV available as part of its base package. You can also pay another $11 to get the “Sports Plus” add-on that also includes Fox College Sports, GolTV, NFL RedZone, and Fox Soccer Plus. Hulu users can sign up for a $10 package which includes NFL RedZone, Outdoor Channel, Sportsman Channel, MAVTV Motorsports Network, TVG and TVG2.

Get CNET’s comprehensive coverage of home entertainment tech delivered to your inbox.

Premium channels like HBO, Starz and Showtime are also available for extra fees, and Hulu has two optional channel packages. One is an add-on for $8 per month with 11 channels including CNBC World, the Cooking Channel and Science, and the other is a Spanish-language package with seven channels for $5. YouTube TV doesn’t have any additional channel packages, although you can add individual channels like Shudder and CuriosityStream for additional fees.

The menus and interfaces on both are quite different from one another and from regular cable, and we like YouTube TV’s menus better overall.

YouTube TV: In general the YouTube TV interface is easier to use, and not just to people used to using regular YouTube. If you’re using the desktop or app versions, Google’s streamer offers a streamlined structure — even if it’s not as pretty as Hulu.

Hulu Plus Live TV: Hulu rolled out a new user interface last year that brought it in line with its competitors. The look is brighter, and easier to both use and drill down into the kind of content you want to watch. If it was all a matter of which interface is more fun, then Hulu would take it.

The difference in number of simultaneous streams is worth noting, especially for families and other households who watch a lot of TV. YouTube TV lets you stream to three different devices — say, the living room TV, a bedroom TV and a tablet — at the same time, while Hulu lets you stream to two. Pay Hulu a hefty $10 extra per month and it will upgrade your number of streams to unlimited.

YouTube TV’s biggest usability advantage is its excellent cloud DVR. It offers unlimited storage and works great, much like the hardware DVR inside your cable box. Hulu includes a 50-hour cloud DVR in the base $70 price too, but it has a big disadvantage: it lacks the ability to fast-forward through commercials on recorded content. To gain that ability you’ll need to shell out for another $10 to upgrade the DVR, which also ups storage capacity to 200 hours. DVR advantage: YouTube TV.

On-demand and originals: Hulu with the runaway win

YouTube TV includes on-demand TV shows and movies from participating networks and shows, much like your cable service, and also offers YouTube Originals commercial-free. But it pales in comparison to Hulu. As we mentioned above, a Hulu Plus Live TV subscription unlocks all of the on-demand TV shows and movies available on the standard Hulu service, including thousands of episodes of network TV shows, as well as originals like A Handmaid’s Tale, Catch-22, Letterkenny and the movie Palm Springs. The latest iteration of Disney-owned Hulu’s push into originals is with FX on Hulu, and it offers exclusive shows like Reservation Dogs and Nine Perfect Strangers.

Hulu Plus Live TV subscribers can upgrade their accounts for another $6 to remove ads from many of the on-demand shows, although some will still show ads.

Read more: 30 of the best TV shows to watch on Hulu

Which service is best for you?

Both services represent the peak of what live TV streaming has to offer, and both are better overall than the other two major premium options, FuboTV and DirecTV Stream (formerly AT&T TV). Your choice between the two comes down to channel selection, usability and content, and in our book YouTube TV bests Hulu Plus Live TV in most of those areas. Hulu enables you to integrate a wide channel selection with its exemplary on-demand library which may be worth it for some. In the end though it’s all about having access to your favorite channels, so choose the service which gives you the channels you want.

Below you’ll find a chart that’s a smaller version of this massive channel comparison. It contains the top 100 channels from each service. Some notes: 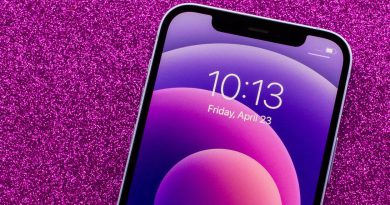 iPhone 13 vs. iPhone 12: The major differences we’re expecting based on rumors