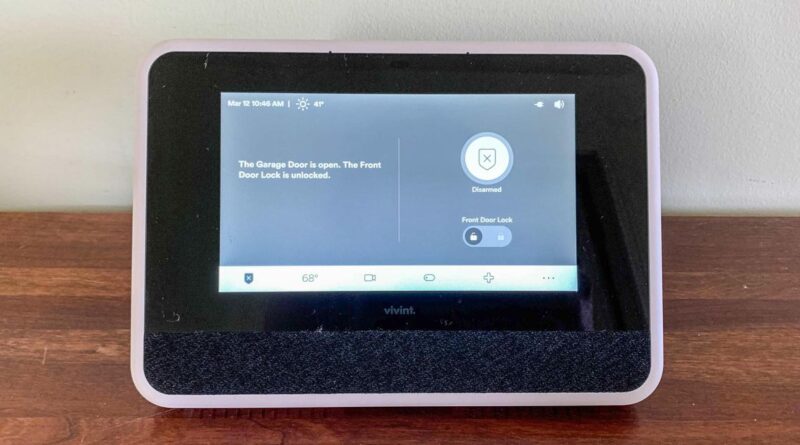 So, you’ve decided to skip the DIY route and instead invest in a professionally installed smart home security system. If you live within Xfinity’s service area, odds are you’ve narrowed down your options to Xfinity versus Vivint (whose coverage overlaps with a number of US cable internet providers, including Xfinity).

Xfinity and Vivint are both long-established businesses with decent reputations that offer state-of-the-art home security systems at prices that, while not exactly inexpensive, won’t leave you feeling completely gouged, either — depending on which options you select. Both offer professional monitoring services that start at $30 per month.

With so many similarities between them, you might be left scratching your head after a casual glance at their respective features. We’ll help sort it all out.

Of course, you’re more than welcome to comb through our in-depth reviews of Xfinity here and Vivint over here to figure out what distinguishes the two services from one another. But that sounds a whole lot like the kind of DIY you’d rather avoid, doesn’t it?

Instead, you could just cut to the chase and find out which one we would pick if the decision were ours to make. If that sounds more your speed, you’re in the right place, so keep reading.

Why not DIY? Simple answer: Convenience

Before you narrowed down your home security options to Vivint versus Xfinity, you gave DIY versus professional installation some thought, right? The differences there are a lot more straightforward than those between two specific providers like Xfinity and Vivint, but they’re big.

Namely, DIY systems generally cost less and allow for more customization in exchange for your blood, sweat and tears. Professional ones typically cost more, but you won’t have to lift a finger — except to open the door for the installers.

If you’re confident that costlier-but-easier is your cup of tea, let’s move on. (If not, you may want to go back to the drawing board and reconsider DIY — all it takes is a little technological savvy and a free Saturday to potentially save hundreds of dollars and wind up with an even more cutting-edge system than either Xfinity or Vivint offers. Just something to consider.)

Just because you want to go with a professional home security installation doesn’t mean you’re not at least a little cost sensitive. In that case, Xfinity is objectively the cheaper option compared to Vivint. But does cheaper (with regard to the equipment you get with Xfinity) mean “cheap?” Not at all. Here’s the breakdown:

Xfinity offers three starter-kit type packages at $360, $480 and $600 price points. Vivint, meanwhile, only has one, at $500. There are some minor differences in the included equipment (Vivint gives you a flood sensor, but Xfinity includes one additional door and window sensor, plus a battery backup that Vivint doesn’t offer at all). However you slice it, Xfinity’s $360 includes more gear and costs $140 less than Vivint’s $500 starter kit.

When you turn to Xfinity’s more expensive packages, the price differences become even more jaw-dropping. To pare with Xfinity’s $480 tier, you’d have to spend $700 at Vivint ($500 starter kit plus $200 in add-ons). To match Xfinity’s $600 package, you’d have to plunk down an eye-popping $1,250 at Vivint.

Both Xfinity and Vivint offer professional monitoring services that start at $30 per month that vary only slightly in the services they offer (both provide mobile alerts, Vivant supports medical pendants). Xfinity has one available upgrade for $40 per month, which includes a week’s worth of video recordings and better presence detection.

Maybe — maybe — you could justify Vivint’s higher prices if the gear was somehow better — newer, nicer, more capable, etc. But, as you’ll see in a moment when we look at Vivint, it’s really not, it’s just more expensive. (A $400 outdoor camera? Get outta here.) Not to mention, many (if not most) of the third-party gadgets you can integrate with either system are the exact same devices, like the MyQ garage door opener, Kwikset smart lock and Nest Learning Thermostat.

The main difference between the equipment you get with Xfinity versus the gear you get with Vivint isn’t quality — it’s availability. This is where Vivint wins the point. Although Xfinity offers two devices that Vivint doesn’t — a wireless keypad and a battery backup — Vivint sells four things that Xfinity doesn’t carry, which we’ll take a look at in the next section.

There’s no getting around it; Vivint is more expensive than Xfinity across the board. However, while the equipment you get from both companies is on about an even keel, Vivint does have the advantage of offering more sensors and monitors than Xfinity. The question is, how necessary, important or useful are those extra features?

The answer is that it depends on your individual needs. Vivint sells four devices you can’t get with Xfinity — a flood sensor ($50), glass break sensor ($50), carbon monoxide detector ($100) and car guard ($200). Everyone should have a CO detector, but you may or may not even need the other three.

If you live in an apartment above ground floor, for example, you may not have much use for a flood detector (depending on the location of your water heater) or, for that matter, a glass sensor (if your windows aren’t accessible from outside the building, for example). Likewise, if you don’t own a car, there’s nothing for the Vivint’s car guard to plug into.

If, however, you live in a flood zone — or your water heater doesn’t have adequate drainage, should it burst — a flood sensor could alert you to a potentially costly and devastating problem. If burglars could gain entry to your home by breaking a window — and such a threat is of genuine concern to you — glass sensors could ease your mind considerably.

Also, Vivint’s car guard lets you track your vehicle’s whereabouts, which could be useful if you have young drivers you’d like to keep an eye on (not to mention in the event it gets stolen). And with its monthly monitoring service, Vivint offers two tiers above the basic level — a $40 plan that includes smart home integrations, like being able to adjust the thermostat when the system detects that no one is home, and a $45 tier that includes a video archive.

How much extra might you end up paying for all these features when you put them together? To be honest, quite a bit, in part because once you buy into a system, you also lock into its prices. But, again, depending on your circumstances, Vivint’s additional features could end up saving you time, money and heartache in the long run. You’re the only one who can put a price on your own peace of mind.

Conclusion: Xfinity is the better option for most people

If you’ve ever been stopped on your way out of a big-box store and asked to show a copy of your receipt, you’ve participated in something called security theater. Stores know that such measures aren’t really going to stop determined criminals from stealing. But it sends the signal to would-be shoplifters that this store takes loss prevention seriously — and it gives shoppers the sense that the store is a safe place to spend their money.

Most of the actual utility you’ll get from a home security system isn’t so much that it’ll catch burglars red handed or help the police track a car thief to some secret underground chop shop. Rather, you’ll use it to check if a package has been delivered or to remotely open the garage door to let a friend borrow your leaf blower when you’re not home.

For the day-to-day stuff you’re actually going to use your home security system to do, you can do it all with Xfinity at a lower cost than with Vivint. If money is no object compared to the peace of mind you’d get from knowing Vivint’s additional sensors are keeping an eye on more aspects of your home, by all means, go big. But for most people debating between Vivint and Xfinity, we recommend Xfinity. 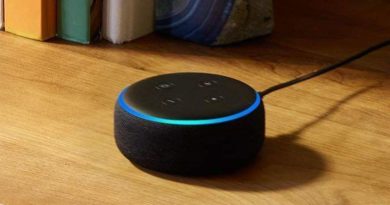 Prime member? Then get an Amazon Echo Dot for $15 right now 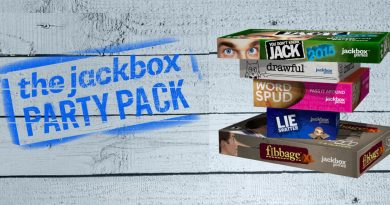