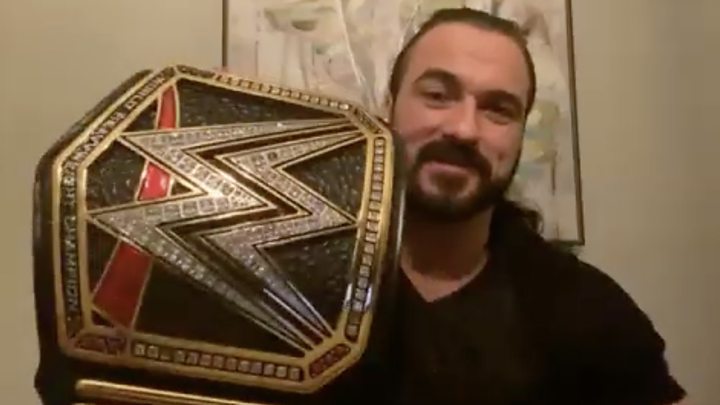 The first British wrestler ever to win the WWE Championship says this year’s WrestleMania will “never be forgotten”.

Drew McIntyre, from Ayr, beat Brock Lesnar to claim the biggest prize wrestling has to offer in Florida.

The event had to be held behind closed doors because of social distancing measures to try to stop the spread of the coronavirus.

“This is the WrestleMania the world stood still,” Drew tells BBC 1Xtra’s DJ Ace. “I’m proud to be part of it.”

The 34-year-old has had a rocky journey to becoming the WWE World Champion.

He first signed to WWE in 2007 but seven years later his contract was terminated.

He came back to the UK and, once again, worked his way up through independent wrestling before being re-signed by the WWE in 2018.

“It feels so good to get my happy ending after 19 years of ups and downs – after clawing my way back, not even from the bottom, but from 10 feet under and starting again,” Drew says.

To say this year’s WrestleMania was unique would be an understatement.

The entire event was pre-recorded. The crowds, the elaborate signs, the cheering – they all had to be sacrificed.

Most of the fights took place in silent rings – while two of the weekend’s biggest match ups were staged on mini-film sets and shot like mini-films.

But Drew thinks, given his journey, it’s “fitting” his big night was unconventional.

“WrestleMania has its moments when people celebrate and the crowd go crazy but as time passes by those moments are forgotten.

“This WrestleMania will never be forgotten.”

Joni, from Manchester, agrees that this year will live long in the memory.

Like most wrestling fans, he was up through the night on Saturday and Sunday watching online.

“Overall, if it was a choice between this and not doing it at all, I’m glad they did it”, he says.

“But it did make me realise that the crowd is what makes wrestling. The ring matches kind of looked like the tutorial mode of a wrestling video game,” he laughs.

“The cinematic matches were brilliant. They were the most cheesy, corny, B-Movie stuff you could ask for. It was funny and completely unrealistic – and that’s what wrestling is all about!

“So it’s been a weird weekend but definitely worth staying up for.”

‘I want to bring this title home’

As for Drew, he’s weighing up what to do next.

“As long as we are able to produce content safely we’re going to absolutely do that and I want to defend my title as much as possible,” he says.

“Tyson Fury has challenged me, so that would be interesting.

“But when everything starts resuming back to normal and I get the chance to come back to the UK, I want to bring this title back.

“I want to get an open top bus and drive from the top of Scotland to the bottom of England and just promote WWE like crazy.”

The UK hasn’t hosted one of WWE’s main pay-per-view events in nearly 30 years – and Drew says he wants to change that.

“I’m going to make it happen. I made this happen – becoming the first ever British champion – so I’ll make the pay-per-view happen too.” 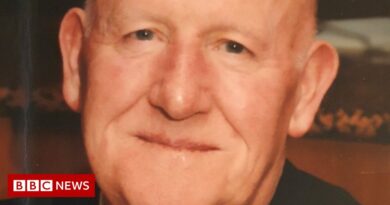