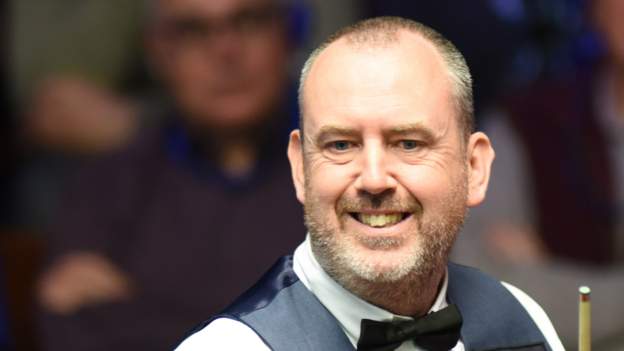 But Williams made a sublime 135 on his way to levelling at 10-10 and then pulled clear, sealing his win with a composed break of 78.

The Welshman will face either Stuart Bingham or Judd Trump in a best-of-33 last-four meeting.

“It was a great match to be involved in. I was 6-2 in front and a lot of people think ‘it’s a great lead you should win’ but it is nothing in this format. To make two breaks at the end under extreme pressure, what can I say, I am over the moon,” Williams said.

In a meeting between two players at the opposite end of their careers, it had looked like Yan, 22, was destined to get the better of his 47-year-old opponent, particularly in light of several flukes to establish an 11-10 lead.

However, Williams, who appear to wilt during several long tactical frames on Wednesday evening, rarely looked panicked and produced an excellent potting display to play his way back into and then win the match.

“I deserved that because a lot of matches that have been close this year have gone the other way, so I have got one,” he added.

“I am playing as well as I have all season. I flagged last night and if it had carried on [then] there was no way I could have won.”

Williams’ victory sees him return to the last four for the first time since winning the most recent of his Crucible titles in 2018.

Meanwhile, John Higgins leads Jack Lisowski 8-7 with their afternoon session being cut short at 17:30 BST to accommodate their return to action in their final session at 19:00.

Four-time winner Higgins opened with a brilliant 123 break and led 8-5 before Lisowski made contributions of 63 and 53 to reduce his deficit to a solitary frame.