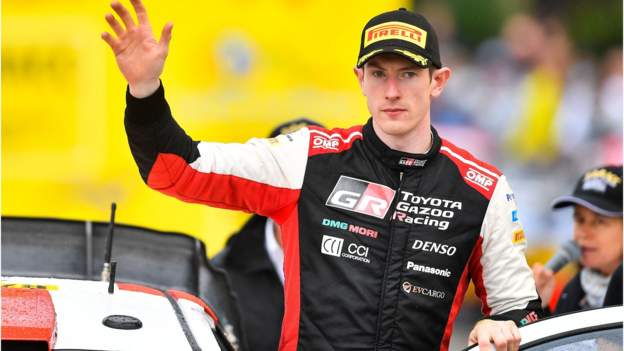 Elfyn Evans starts the final round of the 2021 World Rally Championship (WRC) knowing he must finish on the podium to have any chance of overall victory.

Even winning in Italy this weekend (19-21 November) might not be enough to take the title from Sebastien Ogier.

The French driver will be guaranteed his eighth WRC title if he concedes fewer than 17 points to his Toyota team-mate.

“It’s quite clear what we have to do,” said 32-year-old Welshman Evans.

“Seventeen points is a pretty big gap and we need to win, and the Power Stage [bonus points] could be quite crucial.”

If Ogier finishes in the top three, then Evans and co-driver Scott Martin will not be able to surpass the eventual season’s total points for the current championship leader.

If the Frenchman finishes fourth in Italy he would also need to place fourth or above on Sunday’s final bonus-awarding stage to reach an unbeatable 218 points – or come at least second on the Power Stage if he is fifth on the rally.

If the two Yaris drivers finished on the same points total, Ogier would win on tiebreak criteria.

The final-race showdown is a repeat of last year’s Monza finale, when Evans began the weekend with an advantage of 14 points but crashed on stage 11 – handing Ogier a seventh world crown.

Evans admits this time he has only an “outside chance” of becoming the first Welsh driver – and only the third from Britain – to become World Rally champion.

“We are still alive and it’s a similar situation to last year with the shoe on the other foot,” he said.

“Anything can happen but we also know that Seb is a smart guy and it is going to take something pretty radical to overtake him.

“Ultimately it is going to take a mistake or an issue for Seb for us to be champions at the end.

“The approach will be just to aim for the best result possible and see what happens.”

Just as in 2020 the Monza race was a late addition to a WRC calendar affected by the Covid-19 pandemic, in this case replacing a cancelled planned finale in Japan.

The rally is based predominantly at Italy’s famous motor racing circuit with the addition of a pair of closed-road stages in the mountains on Friday and Saturday. Sunday comprises three stages all within the confines of the track.

“The stages in the mountains have a really nice character, but the stages at the circuit are very mixed and not so flowing. It’s impossible to capture all of that in a pre-event test, but after last year we have a pretty good idea of what to expect,” said Evans.

Frenchman Ogier, 37, plans to compete in fewer rallies next year and says he is relaxed but determined to overcome poor form over recent events and secure the 2021 title.

“I know I still need to deliver in Monza if I want to be champion this year,” said the Gap-born driver.

“We have all the cards in our hands to make that happen… so we just have to go for it.” 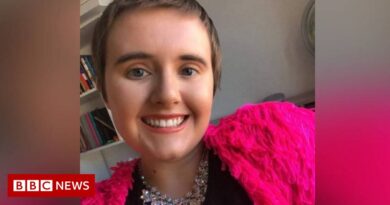