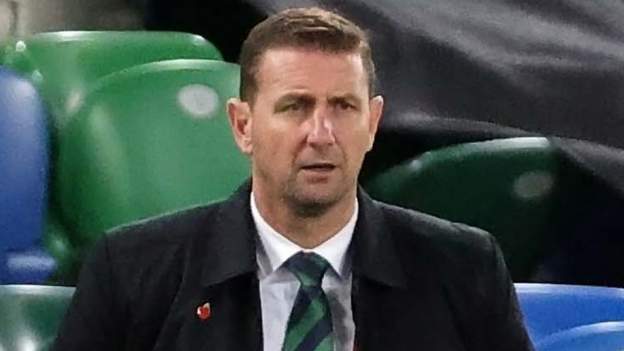 Northern Ireland manager Ian Baraclough believes Italy will give his side chances to attack in Monday night’s final World Cup qualifier in Belfast.

Northern Ireland go into their final Group C match at Windsor Park in third place in the table and aiming to ensure they finish there.

Baraclough, who has injury concerns over Stuart Dallas and Paddy McNair, wants his players to have no fear.

“I don’t think we can just sit in and be defensive,” the NI boss said.

“We will get pushed back, for sure, but we want to express ourselves as well. You look at Italy’s games and in many of them they have a lot of possession, but they do give you chances to attack in your own right.

“We have to not be fearful of that and deal with situations when they present themselves. I don’t want to go into the game and then afterwards be asking myself why we didn’t allow players to flourish in positions they enjoy playing in.

“We will have to contend with certain situations, you might be left two v two at the back or three on three when they break, but let’s see what we can throw at them.

“We have to be clean with our passing, look after the ball in certain areas and make good decisions. It tests you more the higher you go against the better players.”

‘It’s in our hands to finish third’

Friday night’s 1-0 home victory over Lithuania moved Northern Ireland, who haven’t scored against Italy since 1961, above Bulgaria on goal difference and into third place in Group C with one game remaining.

Roberto Mancini’s side, who won the reverse fixture against Northern Ireland in March 2-0, drew with Switzerland at the weekend. That means they are only top of the group by a goal difference of two from the Swiss, who host the Bulgarians in their final match.

The number of goals scored and conceded in Belfast and Lucerne could have a bearing on how the group table concludes, with Northern Ireland three goals better off than Bulgaria in the race to secure third place.

That would not deliver qualification for Northern Ireland, of course, but it would boost the team’s co-efficient for future campaigns – something that Baraclough is determined to do.

“The seeding suggests we should come third in the group and it’s in our hands to do that,” he added.

“The coefficient points system for seedings in future competitions is massively important for us. I think also it’s important to gain momentum and positive results.

“All of the expectation for this match is on Italy’s shoulders as they need to win the game to guarantee going to Qatar.

“They will come here with that mindset. They will have to attack us which may leave them open to a counter attack and them defending one-v-one or two-v-two.”

‘We have to take a big scalp at some stage’

Given the difficult conditions of the last 18 months and the mass withdrawals Baraclough has had to deal with in recent camps, the former Motherwell boss said a positive result against Italy would give him, the players and the Northern Ireland supporters a huge lift going into 2022.

And he also has an eye on delivering a major scalp for the country, something the team has not done for a number of years, against an Italian manager in Mancini who he said he enjoyed speaking to before the 2-0 defeat in Parma in March.

“It has been spoken about for quite a while that we have not taken a big scalp. We have to do that at some stage,” he continued.

“If we want to step into those higher echelons of European football then you have got to be taking these scalps. It would be great for everyone if we can, and would give us a great send-off.

“It’s been a difficult 18 months for various reasons and to have a full house at Windsor for a big occasion and atmosphere is great, and we will hopefully give the fans something to shout about.

“I try to pick everyone’s brains when I get the chance to have five minutes with someone and out there, during the warm-up, I had five minutes with Roberto and 15-20 minutes with Gianluca Vialli [his assistant]. I’m like a sponge, trying to educate myself as much as possible.” 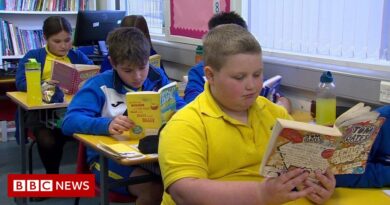 Coronavirus: NI young people have their say on pandemic 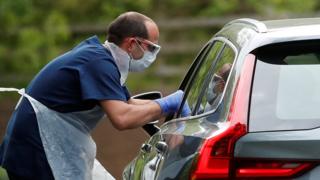