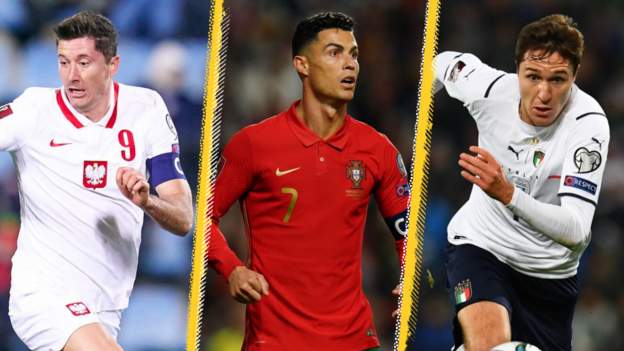 More than six decades after their solitary World Cup appearance, Wales are two games away from reaching Qatar in 2022.

Robert Page’s side have given themselves a chance courtesy of a laudable qualifying campaign in which they finished second in Group E to Belgium, the world’s best side according to the Fifa rankings.

Wales lost only one qualifier – away in Belgium – and got over the line by taking four points from their final two group games.

Tuesday night’s creditable draw with the Belgians means Wales will be seeded in the play-off semi-final draw, which takes place on Friday, 26 November.

But despite a huge effort to get this far, Wales have plenty of work to do if they are to end their World Cup exile.

We know Wales will be at home in the semi-finals, and that they cannot face heavyweights and fellow seeds Portugal and Italy at that stage.

As one of the six seeded sides, Wales will face one of the six unseeded teams in the one-legged semi-final stage. In the finals, however, there are no seeds – so Wales could face any one of the 11 nations who will be alongside them in the draw.

But who are Wales’ possible opponents – and who might Page’s players want to face?

Key man: Cristiano Ronaldo – even at 36, he remains the main man.

How they got there: Portugal only needed a point from their final Group A game, at home to Serbia, to qualify automatically, and were on course when former Swansea midfielder Renato Sanches put them ahead early on. But Dusan Tadic levelled and substitute Aleksandar Mitrovic scored a dramatic late winner to secure top spot for Serbia and send Portugal into the play-offs. It was the 2016 European champions’ only defeat of the campaign.

Prospects: Cristiano Ronaldo could not miss out on a fifth World Cup, could he? Ronaldo, Bruno Fernandes, Ruben Dias and co will expect to reach Qatar, whoever they draw in the play-offs.

How they got there: Scotland made a poor start to their World Cup qualifying campaign, taking five points from their first four games. But Steve Clarke’s team have found their form, winning their last six qualifiers to storm into second place in Group F behind Denmark, who they beat 2-0 to seal a home tie in the play-off semi-finals.

Prospects: Euro 2020 was Scotland men’s first major tournament appearance since 1998, but it did not go especially well as they exited at the group stage. But Steve Clarke’s side have momentum as they look to book a place in Qatar.

Key man: Federico Chiesa – for all Italy’s stars in defence and midfield, the Juventus forward is an attacking spark.

How they got there: Italy did not lose a game in Group C – but neither did Switzerland. Italy’s failure to beat Northern Ireland – the draw was their fourth in eight qualifying games – in their final group game meant the European champions finished second, two points behind the Swiss.

Prospects: Italy saw a world-record 37-game unbeaten run end when they lost to Spain in the Nations League in October. They have not lost in three since then. It would be extraordinary if this very fine Italian side do not make it to Qatar having missed out on the 2018 World Cup.

How they got there: With nine minutes remaining of their final qualifier last Sunday, Russia were on course to win Group H. Then Fyodor Kudryashov scored an own goal to give Croatia a 1-0 victory and top spot in the group.

Prospects: Russia finished bottom of their group at Euro 2020, behind Belgium, Denmark and Finland. They have not missed a World Cup since 2010, when they lost on away goals in the play-offs to Slovenia.

How they got there: Sweden were in the hunt for automatic qualification until the closing minutes of their final qualifier, when Alvaro Morata’s goal ensured Spain would finish in top spot in Group B. That was their third defeat in eight qualifying games after previous losses in Georgia and Greece, although they did beat Spain at home.

Prospects: Sweden have missed just two of the last 11 major tournaments, and won their group ahead of Spain at Euro 2020 only to lose in extra time against Ukraine in the second round. They will have high hopes going into the play-offs.

How they got there: Turkey finished second in Group G, two points behind the Netherlands. They beat the Dutch in their opening qualifier – but were thrashed 6-1 in the return – and also took four points off Erling Haaland’s Norway, who ended up third.

Prospects: Turkey were tipped by many as a dark horse at Euro 2020, only to endure a miserable tournament as they were beaten by Italy, Wales and Switzerland. Turkey have featured at only one World Cup since the 1950s – when they went all the way to the semi-finals in 2002.

How they got there: Poland lost their final qualifying game at home to Hungary as they finished second in Group I, six points behind England. The Poles drew their home game with England – and only lost narrowly at Wembley – but also dropped points in the away fixture against Hungary.

Prospects: Managed by former Swansea boss Paulo Sousa, Poland exited Euro 2020 at the group stage despite three tournament goals from Lewandowski. They have been to five of the last seven major tournaments and look like a team to avoid in the unseeded pot.

How they got there: North Macedonia finished a distant second in Group J behind Germany, who won nine of their 10 qualifying games. The one blot on the German copybook was a famous 2-1 home defeat to North Macedonia in March. Blagoja Milevski’s team were thumped in the return fixture. They also lost in Romania, but victory over Iceland in their final game was enough to secure a play-off spot.

Prospects: North Macedonia – formerly Macedonia, who before that were part of the old Yugoslavia – made their major tournament debut at Euro 2020, where they lost their three group games. They are the lowest-ranked team – by some distance – in the play-offs.

How they got there: Ukraine snatched second spot in Group D courtesy of victory over Bosnia-Herzegovina in their final qualifier. That was enough to push them into second place ahead of Finland, who lost 2-0 to group winners France.

Prospects: Ukraine may not be seeded, but this is a team who twice drew with France in qualifying – though they also shared the points twice with Kazakhstan, who finished bottom of the group. They knocked Sweden out of Euro 2020 before being thrashed by England in the last eight. The have only been to one World Cup, when they reached the quarter-finals in 2006.

How they got there: Austria are in the play-offs courtesy of winning their Nations League group ahead of Norway, Romania and Northern Ireland. They finished fourth in their World Cup qualifying group, behind Denmark, Scotland and Israel. They were well beaten at home by the Danes and in Israel, and lost at home to Scotland in September.

Prospects: Austria beat Ukraine and North Macedonia to get out of their group at Euro 2020 before losing to Italy. They have reached three of the last four European Championships, but have not been to a World Cup since 1998.

How they got there: Czech Republic are the second side to make the play-offs thanks to the Nations League, where they won a group featuring Scotland, Israel and Slovakia. They would have finished second in their World Cup qualifying group – ahead of Wales – had Robert Page’s team been beaten by Belgium. They took only one point off Wales in qualifying – but did manage a home draw with the Belgians.

Prospects: Czech Republic showed their potential at Euro 2020, where they beat Scotland and drew with Croatia – and only narrowly lost to England – in the group and then eliminated the Netherlands in round two, eventually succumbing to Denmark. They are regulars at the European Championship but may feel they are due a World Cup appearance having last featured at one in 2006. 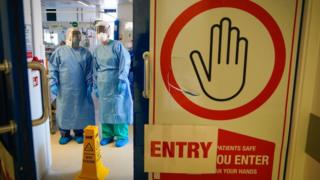