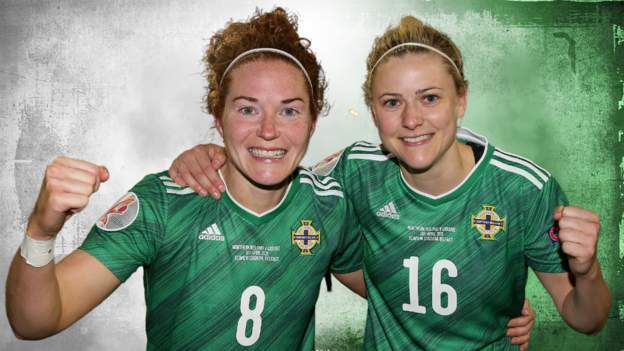 One dream has been achieved against all the odds. Now, can Northern Ireland pull off another miracle?

Qualification for the 2023 World Cup kicks off on Friday and Kenny Shiels side will have to fully embrace their underdog tag once more if they are to make it to the sport’s biggest stage.

With tickets booked for a first-ever women’s major tournament in Euro 2022 next summer in England, can NI do it once more to reach the finals in Australia and New Zealand the following year?

From fixtures, expectation and belief – here are some of the big talking points as the journey to the World Cup gets underway. 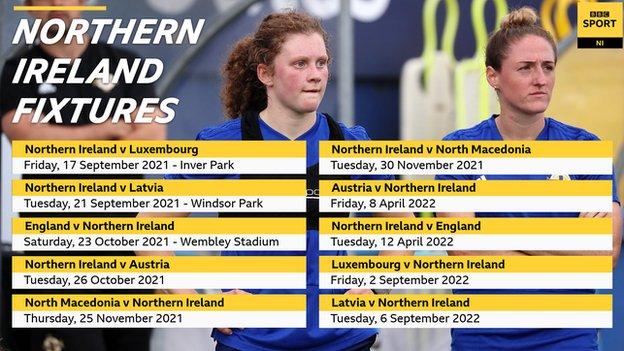 Let’s take a look at the opposition in Group D who stand between Northern Ireland and a maiden World Cup appearance.

England are the highest-ranked team at eighth in the world and Austria are next up in 21st – but as we know from the Ukraine play-off this Northern Ireland team take little regard for standing in the game.

Shiels’ side sit in 48th despite their Euro qualification while Latvia are 101st, Luxembourg are 121st and appearing in a group stage for the first time, while North Macedonia are 131st – the second-lowest in Europe.

Northern Ireland will be expected to pick up maximum points against the three sides ranked lower than them, and with England’s star-studded set to ease to top spot and automatic qualification, it looks like it will be a shootout with Austria for second place.

Then, based on rankings from the initial group campaign and the play-offs, the top two winners from the second round of play-offs go straight to the World Cup while the third-best team go into an inter-continental play-off just before the finals.

Let’s take it one step at a time, shall we?

Nobody expects Northern Ireland to beat England, let alone at Wembley of all places, but the home game against Austria on 26 October is set to be a crucial match in the race for second place.

With such high stakes it is vital to get off to a fast start and, on paper, the prospect of Luxembourg and Latvia at home offer the strong possibility of a maximum six points to kickstart their campaign.

However Shiels has offered a word of warning against any complacency against any of the lower ranked sides, stating “when you look at the group there is a giantkiller in there and we need to make sure it isn’t against us.”

Liverpool midfielder Rachel Furness knows it is important to get off to a strong start and says Northern Ireland can turn up and perform even when their favoured underdog tag is put on the opposition.

“We want to get three points on the board and then carry on from there but we want to have a good World Cup campaign.”

There is a feel-good approach to this Northern Ireland squad and there is a winning momentum which should stand them in good stead for the qualifying campaign.

However Euro 2022 takes place in the middle of the World Cup campaign, and it would be easy to be distracted by all the attention surrounding NI’s historic qualification, but Shiels is adamant his players “are not thinking about next summer at all”.

“I don’t want to be boring but we are taking it one game at a time. The Luxembourg game will be tough,” said Shiels.

“We have to try and break it down and look at the Luxembourg game first, and then we will see where that takes us.”

Away from their home fortress of Seaview, the manager has also urged “the crowds to come in and give their support to the girls” in the opening two qualifiers at Inver Park and Windsor Park.

The game against Latvia will be the senior women’s first game at the National Stadium in more than 10 years and Furness says they have earned the right to play at the home of Northern Irish football.

“It’s not a token gesture, we have worked really hard for this opportunity,” she added.

“It’s a new campaign, we are on zero points. The Euros are next summer, we need to focus on the here and now.”

A big concern ahead of the final Euro 2022 qualifiers at the tail end of 2020 and the play-off in April was the lack of match fitness among is squad. With the Women’s Premiership coming to a climax, Shiels, in a complete 180, has even hinted he feels his players have been overworked due to a build-up of domestic fixtures.

It’s only natural that with success comes expectation, but the nature of the group means Northern Ireland go into this campaign with the same underdog mentality that served them so well in reaching the Euros.

Shiels has the upmost belief in his tight-knit group of players, and in return that belief was rewarded with a first-ever major tournament. Now he has challenged his players to reset and go again.

Furness admits qualifying for the World Cup would be a “massive task” but added “we are Northern Ireland and we are used to being the underdog”.

“We are hopefully going to get two positive results in the first two games which we can take into next month against top seeded England and Austria and test ourselves against the best.

“Ultimately, that is where we want to be. At the European Championships next year it will be that game every game, so we want to test ourselves early and really prepare ourselves for that.”

Yes, it’s a long shot to reach the World Cup but this group of players will dare to dream once more and, just like before, you can never, ever write them off. 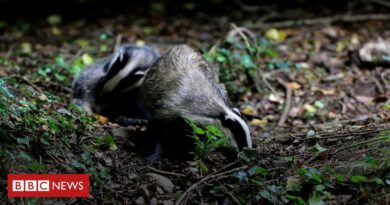 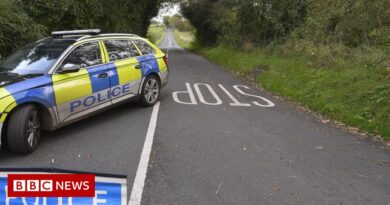