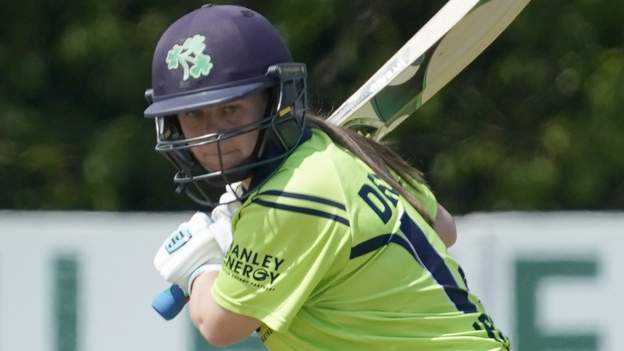 Ireland remained in contention to reach next year’s World Cup by beating the Netherlands by 29 runs in their second Qualifier group game in Harare.

Orla Prendergast took 4-24 as coach Ed Joyce’s side bowled the Dutch out for 170 after setting a total of 199.

The win gave Ireland’s qualification hopes a major boost after they lost their opening game in the Qualifier tournament to West Indies.

They play Sri Lanka on Monday in the final match of their four-team group.

The top three teams in each of the two groups go through to the Super 6 stage where, with group stage points carrying over, the top three will qualify for the 2022 World Cup in New Zealand.

A win over Sri Lanka on Monday, or victory for West Indies over the Dutch, would put Ireland through to the next phase.

Delany fell lbw to the impressive Silver Siergers, who took 4-24, with Esther de Lange taking the wicket of Lewis.

The Netherlands needed 85 from 102 balls to win at the drinks break, but fell short against the Irish bowling attack.

“It was closer than we would have like it to have been,” admitted captain Delany.

“We definitely wanted to put more runs on the board but I think in the field and with the ball we’re capable of taking wickets and restricting sides so hopefully this is just the start.”