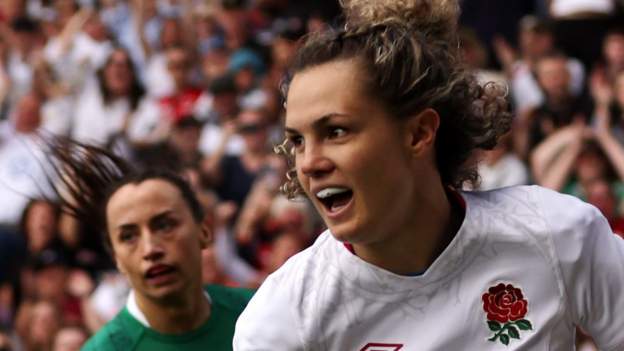 The Women’s Six Nations heads into this weekend’s final round of fixtures on a roll with big crowds, increased interest, and standards going up across the board.

How can the tournament capitalise on a stellar season?

Six Nations chief Ben Morel has been laying out his vision…

England and France are the competition’s standout teams. By a distance. The pair finished as the top two in 2020 and 2021 and will contest this year’s title in this weekend’s final round of fixtures.

England’s average winning margin in the first four rounds is 62 points. France’s is lower, but still emphatic at 29 points.

Morel says the tournament is not blind to the disparity in standards, but is looking long term.

“There are great competitive matches among other unions. That is not to be dismissed,” he said.

“But we totally understand there is a gap between the two and the rest. You can’t blame France and England for being really competitive. They are among the best teams in the world, if not the best teams.

“They show the example that needs to be followed. That takes time, patience and understanding – we are at the start of a journey, not at the destination. Every single union is wanting to catch up but realise there is a starting point.”

Morel added that closing the gap was one reason that funding unions receive based on their men’s team’s performance in the Six Nations was not also linked to the women’s tournament.

“If we had the same system in the women’s tournament, it is a bit counter-intuitive because of the sporting gap,” he added.

“We want to make sure the weaker unions don’t get a further disadvantage.”

The Women’s Six Nations’ “new normal” is a springtime slot in the sporting calendar. The matches used to happen alongside the men’s tournament, between the start of February and the end of March.

However the Covid pandemic forced a rethink. When the tournament got back up and running, albeit in a condensed format, in 2021, it was shifted to April to allow restrictions to ease.

The space from the men’s competition has allowed the women’s tournament to breathe and given it the oxygen of extra publicity.

Now, instead of mirroring the men’s fixture list, the women’s tournament will have its own, ensuring a distinctive narrative, even if the ending looks like it will be the same for a while yet.

“One of the real benefits of having a specific window is not to be dependent on the men’s schedule,” said Morel.

“This year was a bit of a coincidence because it matches the interests of the women’s game to keep the fixtures as they were. Going forward that will be distinct.

“For the time being, I do anticipate the fixture between England and France to be on the final weekend.”

The details of the 2023 tournament are set to be announced in June.

While England’s players can largely focus on their rugby after the Rugby Football Union handed out 28 full-time contracts in 2019, other nations are still playing catch-up.

The majority of France’s players are semi-professional while Wales offered 12 full-time deals for the first time ahead of this year’s tournament.

Only 10 Scotland players have contracts, Ireland receive a sum for every day they play and Italy only get expenses.

Morel says that the Women’s Six Nations is still some way from generating profits that can go back into players’ pockets.

“The women’s game is a heavy investment for us centrally as well as at the union level,” he said.

“There’s no projection yet for when it will become profitable. We know it’s multi-year. We know it’s going to take a significant amount of time. We have the commitment, patience and belief we are on the right track.

“We all support that absolutely. That will require that to continue to be the case for the foreseeable future and we’re happy with it.”

Morel added that social media giant TikTok’s title sponsorship included a “strong financial contribution” on top of vital exposure and that further partners should be announced for next year’s tournament.

New routes to a new audience

Netflix’s behind-the-scenes documentary Drive to Survive has been credited for generating interest in Formula 1 in new markets and among new demographics.

The possibility that the Six Nations could do similar has been floated, with the famous Living with the Lions series, shot on the 1997 Lions tour of South Africa, showing that rugby can provide compelling viewing.

“Whether it’s the men’s or the women’s, we want to make sure the game is as successful as possible. We want to drive that particularly with a younger audience. Hopefully all avenues are explored.”

The tournament’s link-up with TikTok has seen them make inroads via social media.

This year’s tournament has generated over 130 million video views linked to the #W6N hashtag, across all channels. 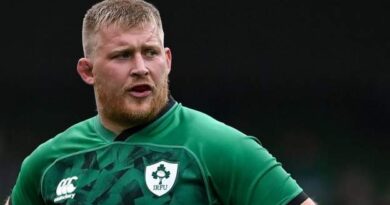 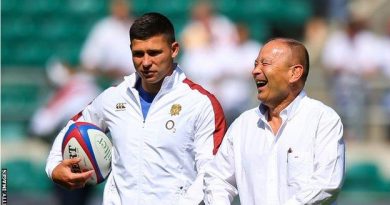