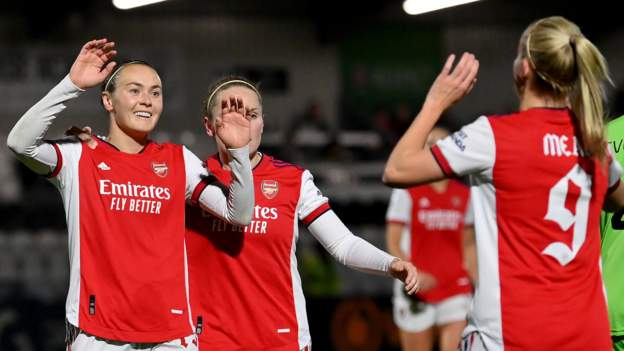 Arsenal moved to the brink of the Women’s Champions League knockout stage after again overcoming Koge, despite a resilient performance by the visitors.

The Gunners put eight goals past the Danish champions in two games in seven days and need only a point from their remaining two Group C matches to progress to the quarter-finals.

Caitlin Foord opened the scoring from close range before the break.

Arsenal, who won four games in qualifying to reach the group stage of the competition, next face European champions Barcelona at Meadow Park on 9 December before traveling to Hoffenheim for their final group game.

Barca have already secured their spot in the last eight after beating the Germans 5-0 earlier on Wednesday evening.

The Catalan club are the only side to have beaten the Gunners in 17 games in all competitions so far this season.

Arsenal will have to try to advance in Europe’s premier club competition without Leah Williamson, who could be out until after Christmas because of a “significant” hamstring injury suffered in Saturday’s draw against Tottenham.

Against Koge, Arsenal were rarely threatened.

Still, it took an excellent save from Lydia Williams in the second half to deny Maddie Pokorny an equaliser after the Gunners only had Foord’s first-half goal to show for their dominance.

And just as they did in their previous game, two goals in the final 10 minutes ensured another convincing scoreline after being made to work hard. 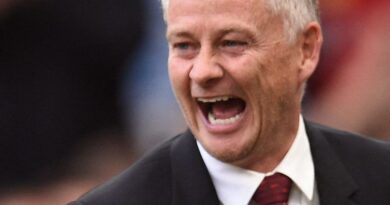