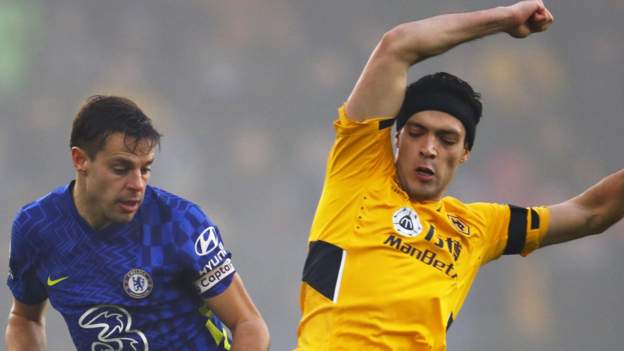 Covid-19-hit Chelsea slipped further behind leaders Manchester City in the Premier League title race as they were held to a goalless draw at Wolverhampton Wanderers.

The visitors had a request for the fixture to be postponed because of a coronavirus outbreak rejected on Sunday morning – with manager Thomas Tuchel saying they were “a bit angry” with the decision.

Consequently, the Blues named just four outfield players on the bench at Molineux. The first XI was still strong enough to be competitive but they struggled to create as they were held to a second successive draw.

Daniel Podence had an early goal ruled out for offside as Wolves enjoyed the better of the opening period but in foggy conditions chances were few and far between.

The result, coupled with a 4-0 win for Manchester City against Newcastle on Sunday, means Chelsea are six points adrift of Pep Guardiola’s side.

Chelsea boss Tuchel had argued pre-match that this game should not have gone ahead – and the quality of football on show would certainly have justified that decision – after revealing that his side were without several players because of positive Covid-19 tests.

Jorginho, Ruben Loftus-Cheek, Kai Havertz and the injured Andreas Christensen were all absent from the squad, and Tuchel was unwilling to include under-23 players because they train in a separate bubble.

Six of the weekend’s 10 Premier League fixtures had already been postponed because of Covid-19 outbreaks within clubs so Tuchel arguably had good reason to feel aggrieved, especially as his side laboured to a result that does little to help their title ambitions.

While the coronavirus situation will not have helped, Tuchel was still able to name a decent side which should have offered more than the lacklustre performance they produced.

Having failed to manage a shot on target in a drab first half, they did have one golden chance to take all three points late on when Pulisic got in behind the defence but he was denied by Sa at close range.

Wolves, the lowest scorers in the Premier League at home, struggled to trouble Mendy but the result was more damaging for Chelsea, who have now won just one of their past four league games.

Chris Powell on racism: ‘That was such a poignant moment’ 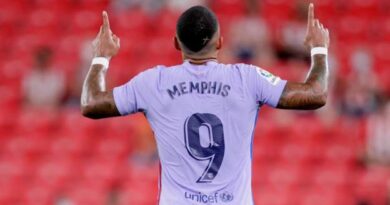