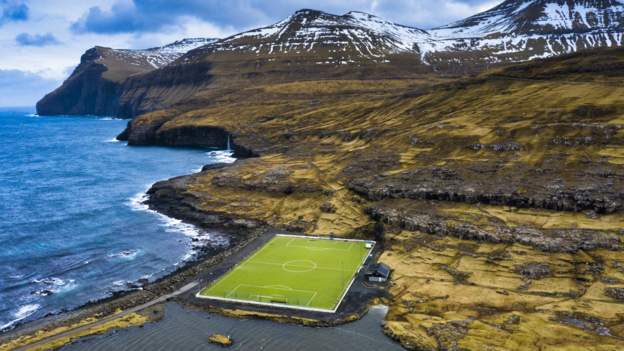 Not many Scotland fans who remember the 2-2 draw in Torshavn in 2002 would dare underestimate the Faroe Islands.

Then again, playing a nation with fewer people than Paisley and plenty of part-time players in their ranks could easily give rise to complacency.

However, the Faroes have been slowly, steadily improving over the past 15 years and will provide a stubborn test on their own patch as Scotland look to move one step closer to a World Cup qualifying play-off spot.

Scotland will – and should – be confident of victory. But here is why Steve Clarke and his team will not be taking the world’s 114th-ranked team lightly.

Only Portugal have managed to put more than four goals past the Faroe Islands since 2012. For a remote nation of just under 50,000 people, that signifies progress.

It has been part of an improving trend of results over the past decade, with the minnows coming within a few minutes of drawing with Denmark last month, only for a late red card and goal to snatch it away.

The Faroes took the lead against Austria in March before losing 3-1 and have scored against Portugal and Spain – and ran Sweden close too. In the current group campaign, they also won 2-1 against Moldova – a team Scotland could only edge past 1-0 at Hampden.

The under-21 side drew with a France team that included Real Madrid’s Eduardo Camavinga and Leeds United goalkeeper Illan Meslier in European Championship qualifying last month.

“In some matches, we could stand for 80 minutes and then the other team would score,” says Sigurjon Einarsson, web editor of Faroese magazine Dimmalaeting. “One aspect that’s improved is the players are fitter and have better stamina.

“There are a lot of physical coaches now with the clubs and international set-up.

“They have statistics of all the players and know how much each player can play. That aspect has improved a lot in the last couple of years.”

As well as the increased professionalism in Faroese football, despite virtually no locally-based professional players, the national association is always driving to increase already impressive participation numbers.

A pitch in nearly every village means the Faroes have 5,000 registered players, 10% of the nation’s population. The national football association wants to increase that to 6,000 by 2026, as well as ensuring 90% of youth coaches have at least a Uefa C license, while also introducing a performance and analytics department.

The Faroese strategy has reaped rewards on the pitch, which creates a virtuous cycle. Around a third of the national squad play abroad, mainly in Scandinavia, but last season forward Joan Simun Edmundsson became the first Faroese player to score in the Bundesliga, when he netted for Arminia Bielefeld against Cologne.

There has been progress in European competition too, with champions Havnar Boltfelag reaching the third round of Europa Conference League qualifying before losing to Maccabi Haifa of Israel despite a 1-0 second-leg win.

Last season, Klaksvik got to the play-off round of the Europa League before losing to Irish champions Dundalk, sensationally beating Dinamo Tbilisi of Georgia 6-1 along the way to gain enough money to run for multiple years.

This has all been a fillip for the national team, as has the introduction of the Nations League in 2018. The Faroes topped their group last time to gain promotion to League C, winning three and drawing three in a section with Andorra, Latvia and Malta.

“It’s been great for us to play teams on our level,” Einarsson explains. “You don’t have to sit back for 90 minutes and defend.

“We’ve seen the Faroes play some fantastic games, where we have played like we are the world champions against Andorra, for example.

“We’ve had 75% possession during games, which has improved our technical ability as well. It’s also improved the confidence of the players.”

For the Faroes to spoil Scotland’s path to a World Cup qualifying play-off spot, they will have to produce a perfect performance, similar to the one against Denmark last month.

Draws with the Scots in 1999 and 2002 can provide a source of inspiration, but Tuesday’s visitors have now scored 17 without reply against the Faroes, including a 4-0 win at Hampden in March.

Simun Edmundsson, now playing in Belgium’s second tier, will be a threat in attack, while Einarsson marks out Helsingborgs midfielder Brandur Hendriksson Olsen as the heartbeat of the side.

“The Faroes have fond memories every time we play Scotland both on and off the pitch,” Einarsson adds. “When the Tartan Army visit, it’s always a party.

“The Faroes really like the Scottish. We’re neighbours and in a similar situation, so every time Scotland plays in a competition, many Faroese root for them.”

On Tuesday, that fondness will be set aside in pursuit of an historic victory.

Derby County: Toby, 9, has interview for manager role with Championship side 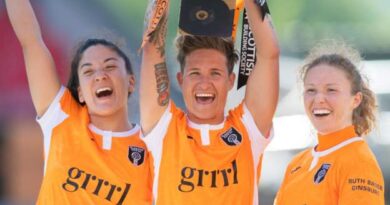