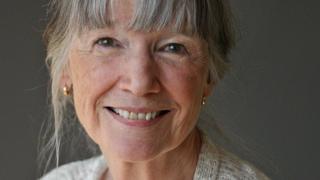 While many of us may be struggling to adapt to staying at home and avoiding social contact, Anne Tyler prefers it that way.

“I need to be alone,” one of America’s greatest living writers told the BBC. “I feel worn out if I’m in a group for a long time.”

Solitude has been central to her writing career, which spans more than half a century.

“You could almost say I live a quarantined life anyway.”

The author, 78, has sold more than 11 million books and been compared to Jane Austen.

Nick Hornby, meanwhile, has said she is his favourite writer.

Yet all of this has been achieved with remarkably little fuss and fanfare. She keeps a low profile and rarely gives interviews or appears at literary festivals.

She says she did not think her life in the American city of Baltimore would be changed much by the coronavirus pandemic, but admits “it is different” now.

“It’s very sad to walk through the woods every morning, which is where schoolchildren walk to go to school and see not a single child.

“We’re supposed to not mingle in any way,” she adds. “I always have these two friends come over for ‘wine therapy’, as we call it, and I just cancelled them.”

But do not expect the virus – or its impact – to make an appearance in her next novel, or even the one after that. The outside world does not tend to intrude in her books.

“It would derail the small private story I’m trying to tell,” she explains. “I think it’d be really wrongheaded of me to suddenly start talking about the coronavirus at this stage in one of my books.”

“I’m very much a believer in letting things get old before we write about them at all. In other words, I’ve never written about the World Trade Center, you know, and I haven’t read any good books about it, frankly. But I think that in 20 years, they might have a good one.”

In total, Tyler has written 23 novels. Nearly all of them are set in Baltimore, where she has lived since 1967.

The Accidental Tourist was turned into a Hollywood movie in 1988 starring William Hurt, Geena Davis and Kathleen Turner. She won the Pulitzer Prize the following year for Breathing Lessons; and A Spool of Blue Thread was shortlisted for the Booker Prize in 2015.

Her great theme is family and in all her books she focuses on ordinary people living unremarkable lives.

Her latest novel, Redhead By The Side Of The Road, is no different. It tells the tale of a middle-aged handyman, “a man of habits” who is stuck in a rut.

She says she feels “comfortable” writing from a male perspective.

“I think it’s because I had such a good father and three brothers and two grandfathers all of whom I love dearly, and I feel just very comfortable figuring out what a man might think about something.”

Which raises the question of whether there should ever be limits on an author’s imagination?

Recently American Dirt, a novel by a white American author, Jeanine Cummins, written from the viewpoint of a Mexican migrant, set off a debate about cultural appropriation in literature. Cummins’ publisher cancelled her book tour, fearing violence, because feelings were running so high.

Anne Tyler insists that Cummins – and other writers – “have a right to try”.

“The whole point of writing for me has been to live other lives. So of course, I would be wanting to appropriate a whole bunch of lives I haven’t lived.”

But when asked if there was anything she wouldn’t write about, Tyler surprisingly says “yes”.

“I think I would be very presumptuous to write from the viewpoint of, let’s say, an inner-city, African American, because I think there’s so much that I would get wrong.

I’d be laughed out of the literary world by anybody who was black and said, ‘Boy, you really messed up there’, you know?”

Tyler likes to stick to what she knows best. It has been said that she essentially writes the same book, exploring the lives of middle class Americans, over and over again.

“It’s fair,” she laughs. “I always say when I’m starting a book, ‘This one’s gonna be different’.

“About halfway through, I say, ‘Oh, darn, it’s the same book over again.’

“But I am very interested in things that seem humdrum sometimes and how there are things underneath them that mean more.

“I mean, it’s almost a challenge to have somebody washing dishes and figure out something to say about it that would mean more than just washing dishes.”

She says she cannot envisage stopping writing even though “the world does not need another one of my books”, explaining: “I don’t have any hobbies. And it really makes me happy to write. So that’s what I’m doing still.”

She even has an idea ready for her next novel. “Surprise, surprise. It’s about a family in Baltimore,” she laughs. 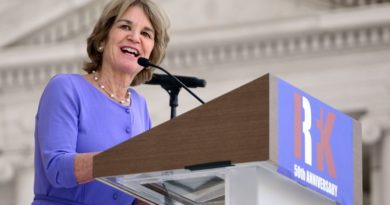 US election 2020: Trump ‘feeling great’ and ‘looking forward’ to the next presidential debate | US News