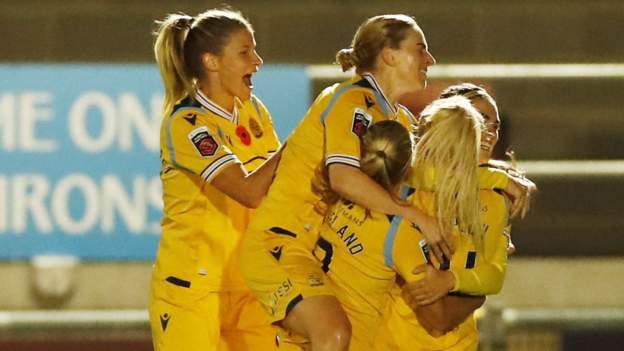 Nineteen-year-old substitute Emma Harries scored a dramatic stoppage time equaliser as Reading came from 2-0 behind to draw against West Ham.

The Hammers appeared to be heading for victory after headers by Lisa Evans and Grace Fisk put them in control.

Abbey-Leigh Stringer started Reading’s comeback when she put one past her own keeper before Harries struck in the 92nd minute.

Mackenzie Arnold thought she had saved the header but the goal was awarded.

West Ham, who slip to seventh in the table, are now without a win in three Women’s Super League matches ahead of next week’s London derby with fourth-placed Tottenham.

They peppered Reading’s goal with 15 attempts – six on target – had efforts by Katerina Svitkova and Tameka Yallop cleared off the line, while Claudia Walker struck the bar with an acrobatic attempt.

As for Reading, their season continues to gather momentum.

Having lost their first four league matches, Kelly Chambers’ side are now unbeaten in three and have taken seven points from the last nine on offer.

The Royals are eighth in the table, two points behind the Hammers, and host third-placed Brighton next on 21 November.

Manchester United: We will relish the chance again to go to a final, says Ole Gunnar Solskjaer 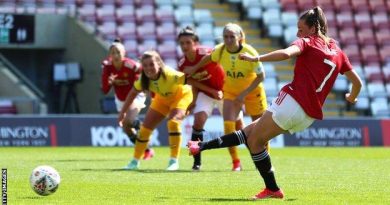