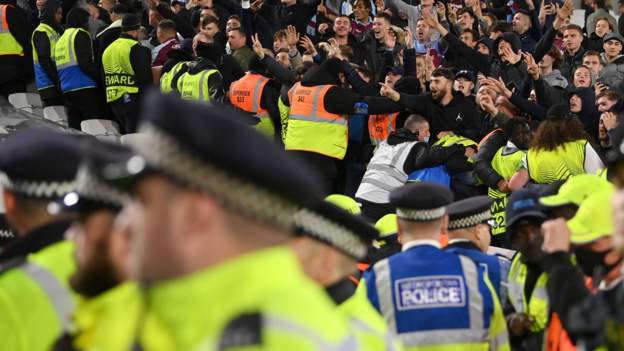 Fans hurled objects at each other on four separate occasions in Thursday’s game, while a number of Rapid fans jumped over advertising barriers.

West Ham won the game 2-0 at the London Stadium on Thursday.

The Metropolitan Police said two arrests were for the alleged assault of an emergency services worker and one for possession of an offensive weapon.

West Ham’s opener, which Declan Rice scored, triggered the first disturbance with a number of the 1,300 Rapid Vienna fans jumping over barriers and objects being thrown between the two sets of supporters.

Trouble continued as Rapid had a penalty chalked off with 20 minutes to go and West Ham’s injury-time goal agitated the away fans further.

“We want to be a club in Europe and be there regularly. Because of that we want to behave correctly. We don’t know who started that but we don’t want that reputation,” said West Ham manager David Moyes.

Uefa is awaiting referees report before deciding whether to investigate the incident further. 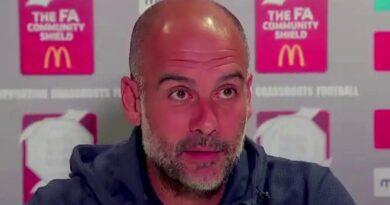