The chief executive also backed calls for the Welsh government to reconsider Covid-19 restrictions which have led to Parkrun cancelling events in Wales.

Williams told BBC Wales the activity should be prioritised as it “provides the biggest health benefit”.

“Of all the activities that can’t take place, sadly the one that probably provides the biggest health benefit to everyone across Wales is the one activity that sadly has to stop,” he told BBC Radio Wales’ Breakfast programme.

“In fairness to Welsh government, a large majority of community sport can continue. Sadly the one part that can’t is mass-participation sport and in particular, certainly this time of year, that pretty much means running and Parkrun.”

Under the Welsh government’s latest pandemic control measures large events will be restricted, with exceptions for smaller sports events where up to 50 spectators can gather, and exceptions for events involving children.

No end date has been set for the new restrictions but First Minister Mark Drakeford has said he wants them in place for the shortest possible time.

Parkrun, which organises 5km runs every Saturday morning throughout the UK, has cancelled all of its events in Wales from 1 January onwards, except junior Parkruns which are not affected by the new rules.

“I think everyone who’s even heard of Parkrun will see it’s not just for your kind of more serious runners, your elite athletes at the front of the field,” said Williams.

“It’s what it’s doing getting people physically active and getting people involved in ‘couch to 5k’ and the huge growth in Parkrun has been from those individuals who’ve never done any sort of physical activity before – let alone running.

“They’ve got them into a weekly routine of taking part in Parkrun, they’ve met lots of other people, they’ve seen huge benefits to their physical and mental wellbeing and as we fast-forward and look at the huge challenge the NHS is going to face post-pandemic, a robust and physically active nation can only be a good thing to support the health of the nation.”

Parkrun will continue its events in England and Northern Ireland, where current measures to combat the latest wave of infections place no restrictions on numbers, and in Scotland where the limit imposed is 500 people.

“We’re obviously looking for parity across the UK,” Williams said.

“Of course we’re going to put all of the mitigations in place to make sure they are as safe as possible but we just want people to stay physically active during this period, as also we all know January is when people make New Year’s resolutions to get physically active.

“Parkrun is the perfect place for people to go to start that journey and if they don’t do it on the first of January, the likelihood is they won’t do it at all over the next 12 months.”

Williams also has concerns for Wales’ elite athletes with just seven months to go to the 2022 Commonwealth games in Birmingham, though he accepted the newly-imposed restrictions themselves will have limited impact.

“From a domestic training perspective at the moment it’s not affecting them so all the facilities are staying open but I think the biggest thing is the uncertainty,” he added.

“Even two weeks ago we didn’t have any of these restrictions, things are changing so rapidly. Just this week we’re on the second or third day of continuous changes to the restrictions.

“But I think the other thing we have to be very mindful of is these athletes need competitions to achieve their qualification standards, we’re already seeing competitions across the UK being cancelled or being postponed which again is hugely uncertain for these athletes who need to plan their competition.

“There’s 22 weeks between now and when the team is nominated to Commonwealth Games Wales.

“That window is reducing all the time and our athletes want to compete for Wales at the Commonwealth Games, they want to do the best they possibly can, but the level of uncertainty around their preparation is not helpful at all this time of year.”

Responding to the concerns of both Welsh Athletics and Parkrun a Welsh Government spokesperson, said: “We are facing a very serious situation in Wales. A wave of infections caused by the new, fast-moving and very infectious omicron variant is headed our way.

“We understand the importance of exercise for people’s health and wellbeing – and encourage people to keep active during this difficult time. For the time being, there is a limit of 50 people for outdoor events and activities.” 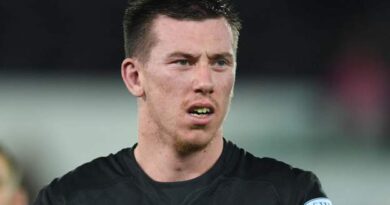 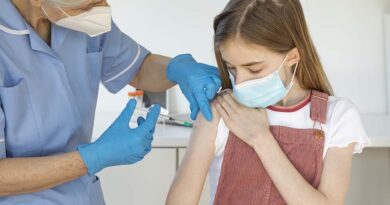 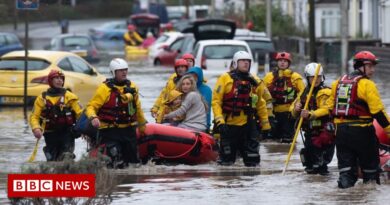 COP26: Climate change summit is 'make or break' for the planet, says MP