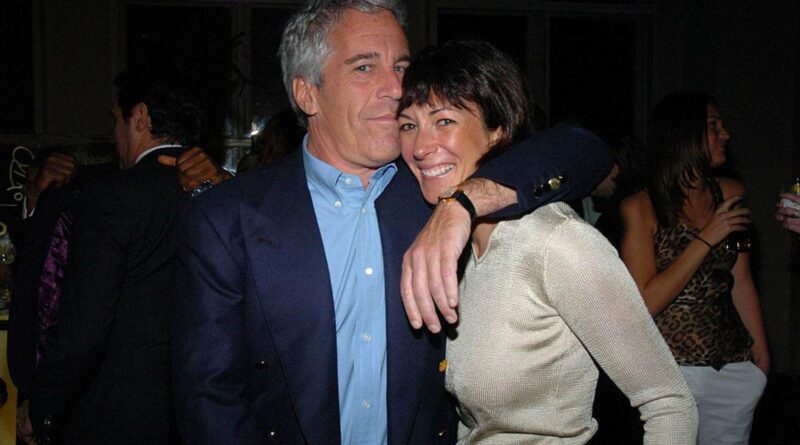 Spanning a 10-year period from 1994 to 2004, the 59-year-old British socialite’s charges involve four alleged underage victims – with the youngest just 14 years old at the time.

Maxwell, the daughter of former media mogul Robert Maxwell, could be sentenced to 80 years in prison if found guilty of all counts.

She has denied all of the charges and has pleaded not guilty.

So as the first week of her trial comes to an end, here’s what has happened so far:

During the prosecution’s opening statement, the court heard that Maxwell targeted young girls and manipulated them before “serving them up for sexual abuse” to Jeffrey Epstein – who killed himself in 2019, while in jail awaiting trial on sex trafficking charges.

“She preyed on vulnerable young girls, manipulated them, and served them up to be sexually abused,” federal prosecutor Lara Pomerantz told jurors.

Ms Pomerantz also said Maxwell and Epstein were “partners in crime” and described them as “dangerous predators who sexually exploited and abused” children for a decade.

At the start of the trial, she said the pair enticed girls as young as 14 to engage in “so-called massages” in which sex abuse came to be seen as “casual and normal” after vulnerable victims were showered with money and gifts.

The first witness to be called to the stand in Maxwell’s trial was one of Epstein’s long-time pilots – a man named Larry Visoski.

Epstein’s plane was nicknamed “The Lolita Express” after allegations emerged that he had used it to fly teenage girls to his private island, his New Mexico ranch and his New York City townhouse.

Discussing Maxwell, Mr Visoski told the court she was “number two” to her ex-partner, with the convicted sex offender “definitely the big number one”.

The Duke of York

Throughout his testimony, Mr Visoki recalled a number of famous people travelling on Epstein’s planes, including Prince Andrew, former US president Donald Trump and Kevin Spacey.

When asked by the defence if the Duke of York ever flew onboard the planes, Mr Visoksi said: “Yes he did” – but he could not recall the exact dates.

Mr Visoski said Mr Trump “flew on them a number of times” and recalled how he would have to make the aircraft “look nice” for former president Bill Clinton.

Along with Kevin Spacey, Mr Visoski mentioned actor Chris Tucker, Prince Andrew’s accuser Virginia Giuffre and another alleged victim who has been given the name “Jane” for Maxwell’s trial.

However, he refuted any claims that he ever saw any sexual activity on flights.

Prince Andrew has categorically denied all of the allegations made against him.

Ghislaine Maxwell is the one sitting behind the defence table, intermittently jotting down notes and whispering to her lawyers but Jeffrey Epstein’s presence looms large over this trial.

Epstein died by suicide in 2019 and Maxwell’s lawyers have argued that she is being held responsible for his crimes.

In order to establish her guilt, prosecutors must establish what Epstein did, too. The jury has heard about his homes; in New Mexico, Little St James and a property in Palm Beach, which was run like a five-star hotel, complete with a 58-page rule book and instruction that the housekeeper shouldn’t look him in the eye.

Pictures were shown of his private jet with a full kitchen and a “round room” with doughnut shaped couch and a passenger list which included Prince Andrew and two former presidents, Donald Trump and Bill Clinton.

An alleged victim, testifying anonymously under the pseudonym Jane, says she was dazzled by Epstein’s wealth and connections. Crucially, though, Jane also says that Maxwell played a role in the abuse, too, including the grooming process.

The prosecution case hinges on being able to show that Maxwell was Epstein’s partner in crime and also responsible for what, in many cases, has been lifelong suffering.

The ‘lady of the house’

Epstein’s former housekeeper also testified, telling the court that Maxwell first appeared on the scene in 1991 and introduced herself as the “lady of the house”.

Juan Alessi said the defendant instructed him not to make eye contact with Epstein and gave him a 58-page document of “degrading” rules, including “making sure hundred dollar bills were in every car” and running the financier’s Palm Beach mansion “like a five-star hotel”.

Mr Alessi also recalled driving alleged victim Jane, and Virginia Giuffre to Epstein’s Palm Beach estate when both girls appeared to be around 14 or 15.

During his testimony, he said he saw Jane’s contact details in Epstein’s telephone directory, listed under “masseuses”.

He added that “many, many, many females”, most appearing in their 20s, visited the house while he was working there from 1990 to 2002.

The first accuser in the trial, who is using the pseudonym “Jane” to protect her 22-year acting career, testified in graphic detail about her alleged abuse at the hands of Epstein, portraying Maxwell as an active participant.

The actor, who has played numerous television roles such as a cancer patient, a car crash victim and a prostitute, claims she was first abused by the convicted paedophile when she was just 14 years old.

During her court appearance, Jane described how she first met Epstein and Maxwell in 1994 while she was attending a music camp in pursuit of a singing career.

She said she was eating ice cream with friends when Maxwell approached with a Yorkshire Terrier, drawing their attention.

After her friends left, she spoke with Epstein, who had then arrived and introduced himself as a donor, and they discovered that they both lived in Palm Beach, Florida, she told the court.

The cycle of Jane’s alleged abuse began one day in 1994 when Epstein abruptly took her by hand and said, “follow me,” before taking her to a pool house at his Palm Beach home.

She testified that she did not tell anyone about what had happened inside the pool house, adding: “I was terrified and felt gross and I felt ashamed.”

Soon, Epstein and Maxwell were taking her shopping for clothes, including underwear from Victoria’s Secret, bringing her on trips to the cinema and having discussions about sex, she said.

As part of her testimony, Jane also told the court that she was taken to a massage room where Maxwell and Epstein both took advantage of her.

She detailed how the British socialite was often in the room when Epstein had sexual interactions with her, saying Maxwell was “very casual” and acted “like it was no big deal”.

Jane claimed the defendant instructed her on how to give Epstein sexual massages and sometimes physically participated in the encounters as well.

As part of the proceedings against Maxwell, a number of photos demonstrating Epstein’s lavish lifestyle were shown to the court.

They included pictures of his houses in the US Virgin Islands and New Mexico, his private island, inside one of his jets and his helicopter.

Another showed Maxwell with a woman, reported to be Epstein’s personal assistant, Sarah Kellen.

During the defence’s opening statements, Maxwell’s attorney Bobbi Sternheim said that Jane was a “pro at playing roles” and was motivated to implicate Maxwell by her claim to a compensation fund for Epstein’s victims.

Jane told the court she had received $5m from the fund.

“I wish I would have never received that money in the first place,” Jane said after a long, tearful pause. “Hopefully this just puts it all to an end and I can move on with my life.”

Throughout the week, the defence team has argued that Maxwell is “on trial as a scapegoat for Epstein”.

She said that Maxwell is “not anything like Jeffrey Epstein”, adding that he was the “proverbial elephant in the room”.

Maxwell’s defence team have also attempted to tear holes in Jane’s testimony, attacking her credibility and questioning why she waited more than 20 years to report the alleged abuse.

Ms Menninger confronted Jane with FBI documents from 2019 and 2020, saying she had told the government her memory was foggy on whether Maxwell was present when Epstein molested her and on whether she ever touched her.

Other documents claimed she said that no abuse occurred during a visit to Epstein’s ranch in New Mexico – a claim that contradicts her testimony about alleged encounters with him there.

Jane has denied ever changing her story, instead challenging the accuracy of the documents by saying her statements were never recorded. 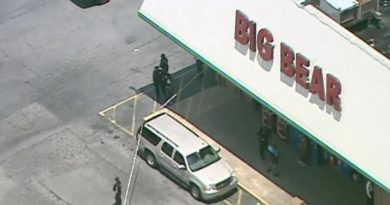 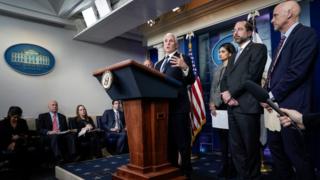