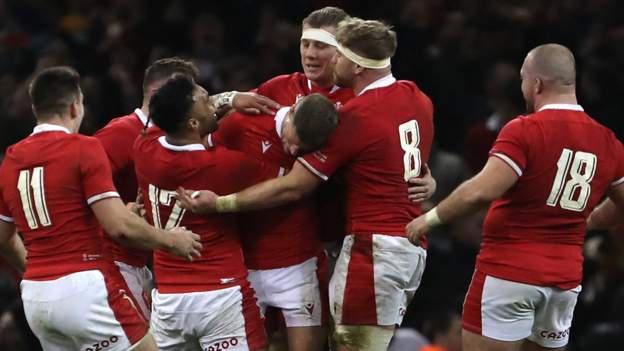 Two years down, two years to go. So what is the half-term report for Wayne Pivac’s Wales ahead of the 2023 World Cup in France?

After Wales marked the end of another Covid-affected year with a narrow victory over Australia, Pivac will turn his attention towards the defence of the Six Nations title, which starts next February against a rejuvenated Ireland in Dublin.

An autumn victory for England over world champions South Africa and epic wins for France and Ireland over New Zealand demonstrate how competitive the global order is.

Less than 24 months before the World Cup kicks off in Paris, Wales find themselves jostling for position after another rollercoaster year.

There were question marks over his job at the start of 2021, but Pivac silenced his critics by delivering a Six Nations title which would have been a Grand Slam but for a manic final few minutes in Stade de France when Wales were agonisingly defeated by the hosts.

In what has been arguably Wales’ toughest autumn, early defeats against New Zealand and South Africa were followed by wins over Fiji and Australia, both of whom are in Wales’ World Cup group.

So are Pivac’s Wales making progress or losing ground on the world’s best?

When it comes to assessing Pivac’s reign, some observers are glass half-full and some half-empty. That split in opinion is backed up by the statistics, with Pivac boasting an almost a 50% success rate.

Not including the uncapped match against Barbarians in November 2019, his international record is 10 victories, 11 defeats and a draw.

The return in 2021 alone reads much more encouragingly with seven wins, four losses and that summer draw against Argentina. Throw in a Six Nations championship and the progress, on paper, is evident.

Compare the last 12 months with 2020, when Pivac managed only three wins in 10 matches with a double success against Italy and victory over Georgia and fifth place in the Six Nations and the Autumn Nations Cup.

Have Wales’ successes in 2021 been down to luck or judgement? This question also seems to divide Welsh rugby fans.

The perception Pivac has ridden his luck this year arises from six red cards being issued to sides playing against Wales.

Wales have won four of those games, with defeat against France in the Six Nations finale and a draw against the Pumas.

In contrast, Wales have had no red cards, although yellows cost them in Paris as they missed out on the Grand Slam.

There has been bad luck as well as good fortune.

Even Pivac’s biggest critics cannot deny the injury woes Wales have faced during the New Zealander’s time in charge. On occasions this year, Wales have not been able to select 20 players for games.

Wales finished the Australia win with a forward pack of Gareth Thomas, Elliot Dee, Dillon Lewis, Ben Carter, Seb Davies, Christ Tshiunza, Taine Basham and Aaron Wainwright. Not many would have predicted that even a few weeks ago.

When Alun Wyn Jones and Ross Moriarty were forced off in the first half against New Zealand, they joined fellow British and Irish Lions Ken Owens, George North, Justin Tipuric, Josh Navidi, Leigh Halfpenny, Taulupe Faletau and Dan Lydiate on the sidelines.

That is quite a casualty list – which includes many first-choice starters. Pivac has used 39 players in the 2021 autumn internationals, compared to 40 in the same block last year.

The absence of injured experienced campaigners has forced Pivac to find younger replacements. They have not been in abundance, but we have seen the emergence of some exceptional talents.

In 2020, Saracens centre Nick Tompkins and Cardiff flanker Shane Lewis-Hughes came through in different campaigns, while Gloucester wing Louis Rees-Zammit, 20, was the toast of the 2021 Six Nations success.

This autumn Dragons flanker Taine Basham has been the rising star, helping to fill the back-row absences of Faletau, Moriarty, Navidi, Lydiate and Tipuric.

Basham, 22, has started all four matches – at openside flanker or number eight – and has not been overawed by the quality of the opposition with a quartet of dynamic displays.

Dragons lock Carter, 20, and Exeter forward Tshiunza, 19, have also impressed after being given debuts in 2021.

Immersing these players when the old guard return will be one of Pivac’s main conundrums over the next 12 months.

He will have to decide whether his 30-somethings, who have served Wales so well over the years, can make it to the back end of 2023.

By the time the World Cup is in full flow, Alun Wyn Jones will be 38, Owens 36, Jonathan Davies 35, Tipuric and Dan Biggar will be 34.

Davies was left out for the final victory over Australia, while Cardiff flanker Ellis Jenkins has provided a captaincy alternative to Jones having made a fairytale return to international rugby after three years out with a serious knee injury.

Pivac’s mantra has been that if players are good enough to play international rugby, he does not mind how old they are.

This is epitomised by the coach recalling over-30s Gareth Anscombe, Rhys Priestland, Alex Cuthbert and Scott Williams to his squad this autumn.

Achieving the delicate balance between youth and experience will be a key challenge over the next two years.

Perhaps because of the injuries, some Wales fans remain bemused by the attacking philosophy Pivac and Stephen Jones are trying to employ.

There was optimism when they took over that their Welsh side was going to play a more expansive game after the more pragmatic Warren Gatland era, but so far the swagger has been stop-start.

Ironically, the most impressive Wales display of the year arguably came in the defeat against France, when they produced an offensive performance of clarity that should have resulted in victory.

Pivac’s team have not quite managed to emulate that since and have often relied on individual brilliance or opportunism to score crucial tries and tip games in their favour.

The return of North in the centre might provide some direction as Wales aim to compensate for the lack of ball-carriers in the forwards.

The other major problem Pivac has to fix is foundations, with a struggling scrum and malfunctioning lineout dominating the autumn woes.

Hooker Ryan Elias might have had an excellent campaign and offered a long-term alternative to Owens, but set-piece issues must be addressed by forwards coach Jonathan Humphreys.

Pivac’s half-term report would not be complete without his view as he reflects on being Wales coach during a pandemic.

“It’s been everything people have described, except on top of that, we’ve had this pandemic to deal with,” he said.

“I’m over the hotel for a start, like all the players and coaches dealing with the Covid situation. That’s a given.

“Martyn Williams (team manager) and I joke about it but there’s been a lot of things that you wouldn’t normally associate with a rugby team.

“That’s been a challenge and it’s been hard on everyone to make sure everyone is focused on the game.

“There’s so many distractions outside of camp with families and things. It’s no different for management either. It’s been a challenging time but enjoyable as we get to do what we love doing.

“And that’s being in this environment, perhaps a bit more than we’d like! But to be working in sport is a great opportunity for anyone.

“It is all about the World Cup. When we look back in a couple of years’ time, we’ll see what the last two autumns have done and that’s given us a stronger squad to go into a World Cup year.

“We’ve been able to look at more players, build more depth. Some players have performed very well which has been a massive bonus for us, because the flip side of having no injuries is those players wouldn’t have been exposed.”

So there we have it. Two years down, two years to go along the journey to the World Cup. This time last year, Wales were being written off from Colwyn Bay to Cardiff and four months later they were crowned Six Nations champions.

Who knows what the next 12 or 24 months will bring? 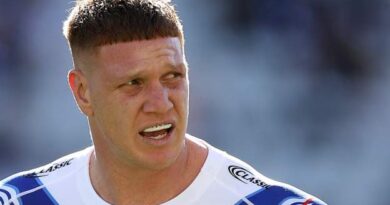 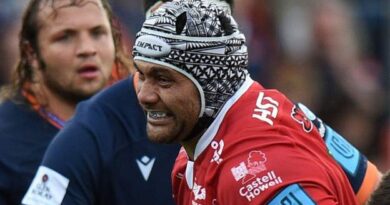 Sione Kalamafoni: The journey of Tonga forward from missionary work to Scarlets star