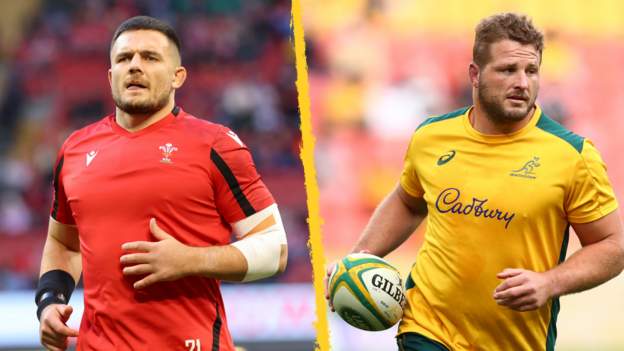 Wales finish their Autumn Nations Series campaign by tackling Australia in Cardiff on Saturday, with both teams desperate for victory in their final game of 2021.

Wayne Pivac’s side will hope to go into the defence of their Six Nations title next year with a third successive victory over Australia and even-up their autumn campaign results tally.

It started with a heavy defeat against New Zealand, before a narrow loss to world champions South Africa and then victory over Fiji.

Australia, under the tutelage of another New Zealander Dave Rennie, will be hoping to avoid a European tour clean sweep of losses, after being narrowly beaten by Scotland and outplayed by England.

The Wallabies claimed 13 successive wins against Wales between 2009 and 2017, with eight of those victories being in Cardiff, but Wales have won the last two, including a 2019 World Cup pool game.

Some have written the match off as an end-of-year fixture with little to be enthused by. Time will tell but both camps will vehemently disagree with that assessment.

It is two years this month since Pivac officially succeeded his fellow New Zealander Warren Gatland as Wales head coach, and he has now reached the halfway point of a four-year World Cup cycle.

There have been contrasting fortunes, with Pivac’s Test record showing nine wins, one draw and 11 defeats.

After a poor start, he masterminded a Six Nations title triumph last season when Wales were just seconds away from also achieving a Grand Slam.

The countdown to France 2023 is well and truly under way and there is little doubt Pivac has increased Wales’ playing strength in depth ahead of next year’s schedule.

Australia are once again in Wales’ World Cup group, so this will represent a chance to lay down a marker for both sides two years out from the next global tournament.

Neither side will be at full strength this weekend for the 2021 finale. Pivac has made seven personnel changes this week, with number eight Aaron Wainwright, prop Tomas Francis and wing Josh Adams returning after being ruled out of the Fiji victory.

Wales have suffered more injury woes this week, with WillGriff John and Will Rowlands ruled out through head injuries to add to a lengthy list.

So the autumn series has been a testing one to say the least, with injuries affecting the squad before and during what was always going to be a punishing programme – with Pivac potentially fielding 39 players in the four games.

Australia are without talisman and 118 times-capped skipper Michael Hooper, missing due to a foot injury, with prop James Slipper taking over the captaincy.

There will be much attention on the two opposing number 14s, with Wales’ Louis Rees-Zammit and Andrew Kellaway both nominated this week for World Rugby’s breakthrough player of the year award.

Rees-Zammit, 20, scored a spectacular try that helped drive Wales over the finishing line against Fiji, outstripping the opposition defence on a 60-metre sprint as he chased his own kick.

Few players in world rugby possess Rees-Zammit’s pace and there is an excitement that pumps through the Principality Stadium every time he has the ball in space.

Comparisons with Wales’ record try-scorer Shane Williams will inevitably be made, but while Rees-Zammit is still at a fledgling stage of his Test career, there appears no limit to what he could achieve.

Wales head coach Wayne Pivac: “Australia will be very dangerous. Dave Rennie, like any coach, is a proud man and he’ll want to rectify those losses.

“They’ve come off a long season. They’ll be looking at it like us. One more big effort. Knowing Dave, he’ll have them wound up and playing right on the edge, just like Dave Rennie sides always are.”

Australia head coach Dave Rennie: “I know Wayne well. We’ve coached against each other in New Zealand and Wales. He’s a good man. Stephen Jones, who was with Wayne at the Scarlets – you can see his imprint on the game. I’ve worked with Jonathan Humphreys (at Glasgow) and he wants to play an open brand of footy too. You can certainly see they’re trying to put their stamp on the game.”

“They’ve had a couple of losses and found their way past Fiji on the weekend. We haven’t performed as well as we’ve needed to in the previous two Tests and we’re keen to make up for it.” 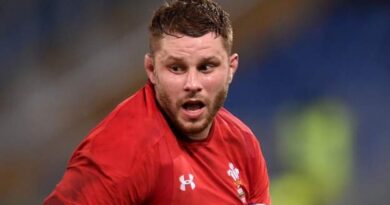 Thomas Young: Flanker to join Cardiff from Wasps and becomes eligible for Wales 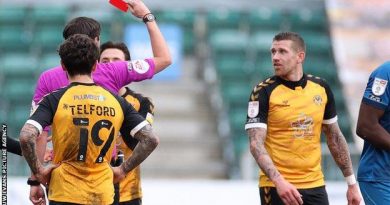