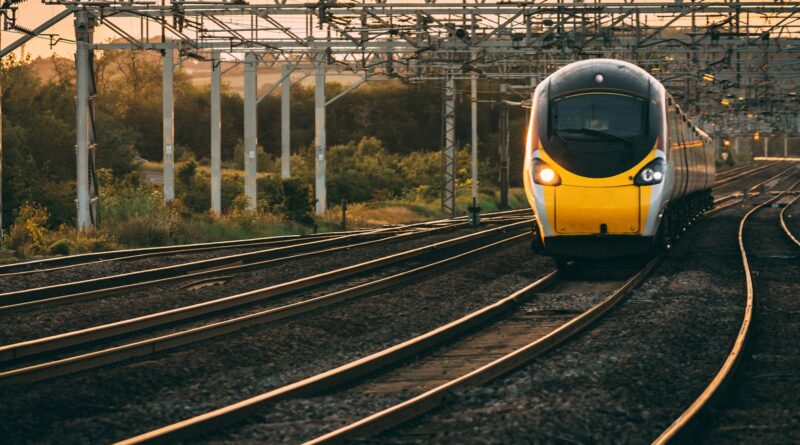 The government has managed to disappoint “virtually everybody” with its new Integrated Rail Plan, the vice chairman of the Northern Powerhouse Partnership has said.

Lord Jim O’Neill told Sky News’ Trevor Phillips On Sunday that the government has promised “60 or 70 times” to deliver Northern Powerhouse Rail in full but have reneged on that commitment.

He added that the move is “pretty disappointing”.

Days after he entered Downing Street in 2019, Boris Johnson said: ” I want to be the prime minister who does with Northern Powerhouse Rail what we did for Crossrail in London.”

Many now feel the PM has gone back on his word.

The proposed eastern leg of HS2, between Birmingham and Leeds, has been cut back.

High-speed services will run from Birmingham to East Midlands Parkway, around six miles southeast of Nottingham.

Trains will then continue to Nottingham, Derby, Chesterfield and Sheffield on the existing mainline, which will be upgraded.

Northern Powerhouse Rail has also been downgraded, with the plans delivered through a combination of new track and upgrades to existing infrastructure, rather than an entirely new line between Manchester and Leeds.

The justification from the government for these revised plans is that they will still cut journey times, but can be delivered much quicker than sticking to previous commitments to construct vast new infrastructure which won’t be finished for a decade or more.

Speaking to Sky News on Sunday, Lord O’Neill said: “In isolation if it would have just appeared from nowhere, it might not have been so bad but given everything that’s followed since Boris Johnson became prime minister, as we can see with the reaction across the board, is pretty disappointing.”

Asked whether the promised halving of some journey times was not a win, he added: “I’m yet to find a single technical expert that believes it’s deliverable.”

Lord O’Neill said the government had also “allowed a lot of people to think” Bradford would be included in Northern Powerhouse Rail.

He continued: “The downside of very strong expectations creation is that it does create belief and also a spirit and a desire and a passion.

“And so that’s partly what created the victory for them in the election, but if they want to stay in power they’ve obviously got to show some evidence of following through.

“I would add, in addition, I smell that there has been quite a bit of the hand of the Treasury playing around to try and save a few billion here and there in the background.”

Some claim the new £96m Integrated Rail Plan calls into question the whole idea of “levelling up” – a broad concept that basically means investing in areas and improving infrastructure.

In 2019, the PM said he was “a huge fan” of Northern Powerhouse Rail, adding: “I think we should definitely be doing it.”

The Conservative Party’s manifesto published later that year, stated: “We will build Northern Powerhouse Rail between Leeds and Manchester and then focus on Liverpool, Tees Valley, Hull, Sheffield and Newcastle.”

The document was less definitive about the future of HS2, stating: “HS2 is a great ambition, but will now cost at least £81bn and will not reach Leeds or Manchester until as late as 2040.

“We will consider the findings of the Oakervee review into costs and timings and work with leaders of the Midlands and the North to decide the optimal outcome.”

In February 2020, the PM said HS2 would be going ahead in full – including the eastern leg, and on 4 November of the same year, said: “I can certainly confirm that we are going ahead with Northern Powerhouse Rail.”

Mr Johnson once more reiterated in February 2021 that: “I can certainly confirm that we are going to develop the eastern leg as well as the whole of HS2.”

Announcing the new Integrated Rail Plan on Thursday, Grant Shapps said promises the government made to the North on rail are “absolutely being fulfilled” despite the eastern leg of HS2 to Leeds being scrapped and plans for Northern Powerhouse Rail being downgraded.

The transport secretary told Sky News that the government’s new £96bn proposal for the North and the Midlands will deliver “faster” train journeys both earlier and cheaper than the original HS2 plans would have done.

But one senior Tory, chairman of the influential Commons Transport Select Committee Huw Merriman, criticised the government for “selling perpetual sunlight” and delivering “moonlight” for people in the North of England.

Addressing reporters on Thursday, Prime Minister Boris Johnson described the announcement as “a much better plan” and said it was “total rubbish” to suggest he was breaking his former promises on rail connections. 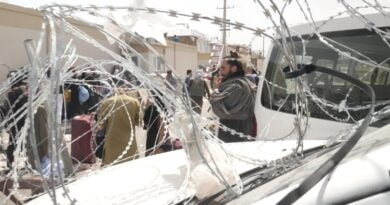 Afghanistan: No child will be taken out of Kabul on their own, defence secretary says, following reports of women throwing babies over razor wire | World News