Kanye West, Rihanna and Drake are among many celebrities paying tribute to US fashion designer Virgil Abloh, who has died at the age of 41 after a private battle with cancer.

The influential Louis Vuitton menswear designer and founder of fashion label Off-White was diagnosed with cardiac angiosarcoma – a rare, aggressive form of cancer – in 2019, the design house’s parent company LVMH revealed on Sunday.

West paid tribute to him with a message on the website of his creative agency Donda, which showed a grey background with the words: “IN LOVING MEMORY OF VIRGIL ABLOH THE CREATIVE DIRECTOR OF DONDA.”

West’s Sunday Service choir performed a cover of Adele’s Easy On Me which was livestreamed in his honour on Sunday, according to NME.

Their cover was a reworked version of the song’s original lyrics, with… 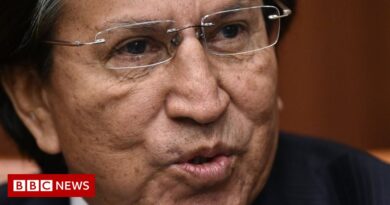 Peru's ex-President Alejandro Toledo cleared for extradition from US

Coronavirus dreams: Why are people having lockdown nightmares? 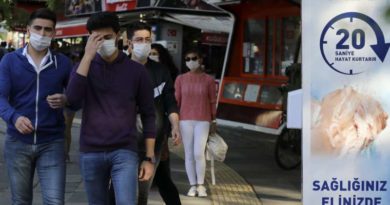