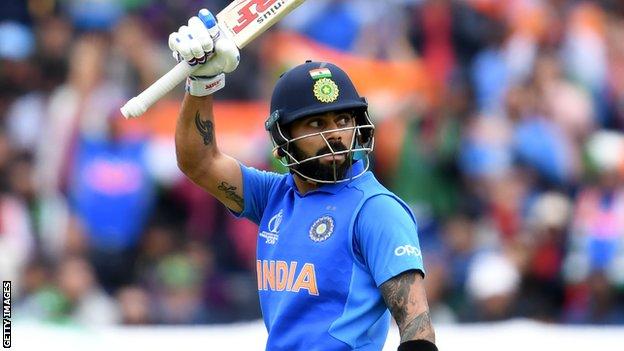 
India captain Virat Kohli and Australia all-rounder Ellyse Perry have been named as players of the decade by the International Cricket Council.

Kohli has scored 20,396 runs in all international cricket in the 10 years covered by the awards.

Perry made 4,349 runs across all formats and took 213 wickets – the most of any player.

She was also named as the women’s ODI and T20 cricketer of the decade, having been part of five World Cup wins.

Kohli was also named as men’s ODI player of the decade.

The awards were decided by a panel of former players and experts, as well as a public vote.

ICC Spirit of Cricket Award of the Decade: MS Dhoni (India) for recalling Ian Bell after a controversial run out at Trent Bridge in 2011