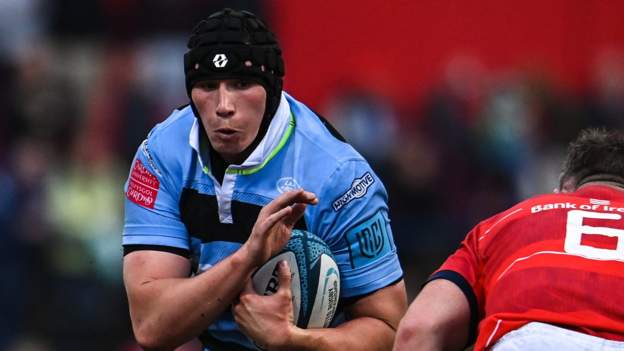 Seb Davies will make his 100th first team appearance for Cardiff against Zebre at the Arms Park on Friday night.

The Wales lock, 25, made his first-team debut in 2014, while prop Rhys Carré earns his 50th cap in the rescheduled United Rugby Championship encounter.

Back row Josh Navidi continues as captain for injury-hit Cardiff in their final home game of the season.

That sees Rhys Priestland replace Evans at fly-half, while Matthew Morgan comes into the back-line for Amos – who will not play for the club again as a hamstring injury has ended his season.

Wales back Amos had already announced his intention to retire from rugby at the end of the campaign to focus on his medical career.

Internationals Willis Halaholo and Tomos Williams are Wales doubts for the summer, while Kristian Dacey (hand) and Garyn Smith (calf) are also likely to miss the remainder of the season after sustaining injuries in training. Theo Bevaqua, Will Davies-King and Rhys Gill are also longer term absentees.

Rory Thornton came off with a shoulder injury in the loss to Munster at Musgrave Park and is undergoing further investigation and specialist opinion.

Evans suffered a hand fracture, which will rule him out of action for four to six weeks, joining Lions wing Josh Adams, Scott Andrews, Kristian Dacey, Efan Daniel and captain Josh Turnbull on the sidelines.

Cardiff have lost their last four United Rugby Championship matches – since beating Glasgow 32-28 at the Arms Park in March. They have have not lost five in row in the competition since 2015 and have won their last three fixtures against Zebre.

Zebre’s long 14-month wait for a victory in the United Rugby Championship finally ended last weekend with their 23-18 victory over Dragons in Parma.

They are the only Italian side ever to win at the Arms Park – back in September 2013 – but have won just twice in 33 previous visits to Wales, also beating Dragons at Rodney Parade in November 2019.

In the Cardiff pack, Matthew Screech joins Davies in the second row, while Liam Belcher and Dmitri Arhip complete the front row alongside Carré, while the back row is unchanged.

Cardiff director of rugby Dai Young said: “We must congratulate Seb and Rhys for reaching these milestones. They have enjoyed some good individual form in recent weeks and it would be great if they could celebrate with a win.

“We have been very disappointed with our results and performances in the last month or so and we are determined to get back to winning ways in our final home game of the season.

“It is vitally important to us that we put in the required performance to get a result and say thank you to our fans for their support this season.

“We certainly won’t be taking Zebre lightly. They had a good win last week and have run some very good teams close, so we will need to execute our game plan and be accurate in all areas of the pitch and for 80 minutes.

“The injuries have begun to mount after so many consecutive weeks of rugby, on the back of so few, but we are all focussed on a positive end to the season and it also gives some of our younger players further opportunities.”

Hooker Kirby Myhill is set to reach a century of United Rugby Championship appearances from the bench, as Teddy Williams, Ellis Bevan and Ben Thomas are all welcomed back into the matchday squad.

Young back Mason Grady, who impressed in Cardiff RFC’s title run-in, is named in the first-team squad for the first time since recovering from a knee injury suffered in March 2020. 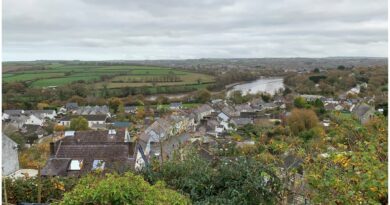