The government has responded to an EU call to “make up its mind” by revealing plans to publish a draft post-Brexit trade deal within the next nine days.

David Frost, the prime minister’s EU adviser who is leading the UK’s negotiating effort, on Monday said he would unveil a draft free trade deal before next week’s next round of talks with Brussels.

This would be included among other “legal texts” to be tabled in advance of the negotiations in London between 18-20 March, Mr Frost said on Twitter.

It came after European Commission president Ursula von der Leyen called on the UK to decide on its approach to talks, following last week’s first round of negotiations.

She told reporters in Brussels: “We are aware that there are differences in the approach towards what scope should the future agreement have and what are – if I may say so – the rules of the game everybody has to abide to.

“So I think it’s up to the UK within the negotiations to think about the trade-offs they want to take into account.”

Downing Street hit back at Ms von der Leyen’s comments, with the prime minister’s official spokesman saying: “The UK has made up its mind very decisively and has been very clear about what it wants from its future relationship with the EU.”

Boris Johnson has repeatedly said he is chasing a future trading relationship with the EU similar to that enjoyed by Canada, although Brussels has downplayed the chances of such an agreement being struck.

The UK has been told it faces “a different ball game” to the EU’s trade negotiations with Canada.

Following last week’s first round of negotiations, the two sides admitted there were “significant” and “very, very difficult” differences between them.

These relate to EU demands for the UK to maintain a “level playing field” with Brussels’ rules and standards; the role of the European Court of Justice (ECJ) and European Convention on Human Rights (ECHR); governance; and fisheries.

The UK formally left the EU on 31 January, but has entered an 11-month transition period until the end of the year in which it maintains the status quo of membership of the bloc.

Some have doubted whether the timeframe is long enough for the two sides to agree a future trade deal, but Mr Johnson has vowed not to extend the transition period.

Williamson: 'Majority of primary schools will open as planned' 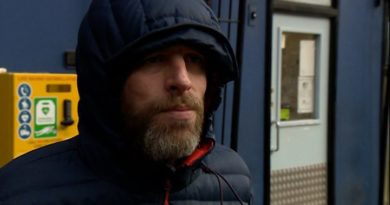