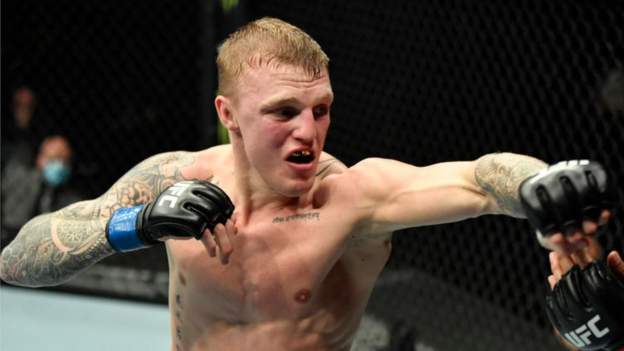 Welsh lightweight Mason Jones says he is ready to show he is a “threat” and a “contender” as he targets his first win in the UFC on Saturday at UFC Vegas 41.

He will face Ugandan David Onama, who will be making his UFC debut.

Jones had been scheduled to fight Brazilian Alan Patrick in a rematch of their June bout, which ended in a no contest after an accidental eye poke.

“I’m ready for any style, I was prepared for a wrestler, I’ll have a striker,” Jones said.

“I think I’ll dominate every area on Saturday.”

The Blaenavon fighter says he is not underestimating his new opponent, having spent a day watching his fights.

“I think he’s a credible threat but I think I’m better everywhere,” said the Welshman.

“When I’m in control I’ll choose where the fight goes. He’s a front-foot fighter like me so we’ll see who leads the dance.

“Every fight I do will be a highlight reel and in Cage Warriors they were always the best fights on the card.”

Jones was beaten via unanimous decision in his first UFC fight against Mike Davis and is looking to “solidify his foundations” in the promotion.

He says he was annoyed by the decision of Patrick to pull out of their scheduled rematch.

“Alan’s gone, he can do what he wants,” said Jones.

“I hope the UFC do cut him – I don’t have time for people who play games like that, fighters fight.”

As for his opponent on Saturday, Jones is confident it won’t go to the judges’ decision.

“I’m always looking for a finish, every fight, in emphatic fashion, I will throw everything I have at David and will crumble him within two rounds,” he added. 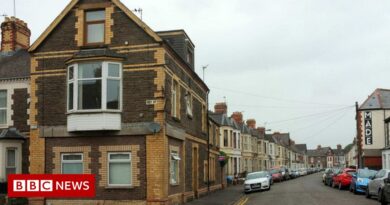