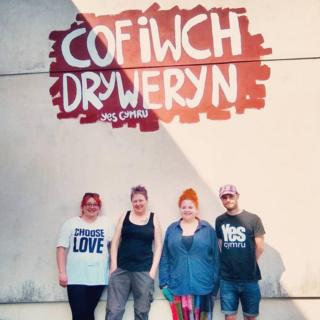 A woman has been told to remove a mural painted on the side of her house which marks the flooding of a Welsh village.

Capel Celyn, in Gwynedd, was flooded in 1965 to create the Tryweryn reservoir to supply water to Liverpool.

The council says the mural distracts drivers, but Ms Thomas-Ford says she has “no intention” of removing it.

The mural was painted in spring 2019, inspired by the vandalising of the well-known “Cofiwch Dryweryn” roadside graffiti in Llanrhystud, Ceredigion.

The council told Ms Thomas-Ford she needed planning permission because it was classed as an advertisement.

She removed the words Yes Cymru, but received a further council letter in September, saying the highways department judged the painting to be a “distraction to drivers”.

The latest letter, sent in July, warns Ms Thomas-Ford she will be taken to court if the mural is not painted over within 21 days.

She said this had made her feel “quite anxious”.

“I’ve never been to court in my life,” she told the Local Democracy Reporting Service.

A petition to keep the mural has been signed by more than 1,300 people.

Plaid Cymru councillor Timothy Thomas urged the Labour-led authority to learn from an earlier outcry over a similar mural on the side of a sweet shop.

“To suggest this is advertising is very unsympathetic towards the cultural and historical meaning behind the graffiti,” he said.

A council spokesperson said it was obliged to investigate “with the same unbiased objectivity which we would apply to any other unauthorised advert”.

“As part of this process, we have provided the householder with suitable advice and will be visiting the location to inspect it further,” the spokesperson added. 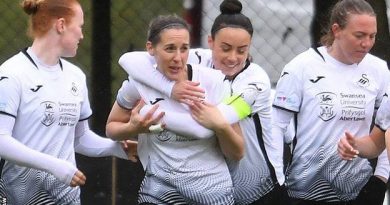 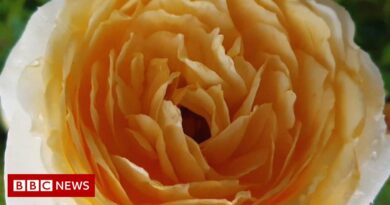 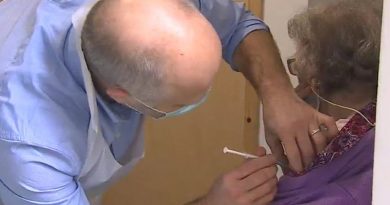