Twitter and Facebook for the first time temporarily blocked President Donald Trump from posting on their sites after his supporters stormed the US Capitol on Wednesday, sparking violence and halting the process to certify Joe Biden as the next US president. Snapchat also took action and locked Trump’s account.

In a rare move, Twitter locked Trump’s account because the company said he violated its rules against interfering in elections or other civic processes. Earlier on Wednesday, Trump posted several tweets that included baseless claims about election fraud.

The president shared the same posts on his Facebook Page. On Wednesday, Facebook blocked Trump from posting for 24 hours for violating two policies, with Facebook-owned Instagram announcing the same. But then Thursday, Facebook went much further, blocking Trump on both sites “indefinitely” — or for at least two weeks.

“We believe the risks of allowing the President to continue to use our service during this period are simply too great,” CEO Mark Zuckerberg wrote in a Facebook post. “Therefore, we are extending the block we have placed on his Facebook and Instagram accounts indefinitely and for at least the next two weeks until the peaceful transition of power is complete.”

A spokesperson for Snap, the parent company of Snapchat, also confirmed that it locked Trump’s account on Wednesday.

The actions came amid an increasingly urgent clamor for the social networks to deal with the president’s use of their platforms to spread misinformation, stir grievance and incite violence. University of Virginia law professor Danielle Citron, journalist Kara Swisher, Obama Foundation CTO Leslie Miley, Anti-Defamation League CEO Jonathan Greenblatt and other high-profile figures posted tweets urging Twitter to boot Trump from the social media site as mayhem played out in the nation’s capital.

“Time is now to suspend Trump’s account,” Citron tweeted. “He has deliberately incited violence, causing mayhem with his lies and threats.”

Twitter and Facebook have labeled a number of Trump’s posts in the past, though Twitter has stopped short of removing his tweets because of public interest. “Our public interest policy — which has guided our enforcement action in this area for years — ends where we believe the risk of harm is higher and/or more severe,” Twitter said in a tweet.

Twitter said it’s requiring the removal of three tweets from Trump’s account. A Twitter spokesperson confirmed on Thursday that the tweets had been deleted. The platform is reportedly set to return access to Trump’s account on Thursday morning, after being locked for 12 hours. If he violates Twitter’s rules again, the company could permanently suspend his account.

Twitter, along with Facebook, took its strongest stance against Trump’s posts on Wednesday. Facebook also removed several of Trump’s posts. While social networks have generally labeled Trump’s posts about election fraud, violence at the US Capitol prompted them to take tougher action. A woman was fatally shot inside US Capitol in a standoff between law enforcement and Trump supporters, according to multiple media reports. Critics were also calling on Twitter and Facebook to suspend Trump’s accounts.

The White House didn’t respond to a request for comment. 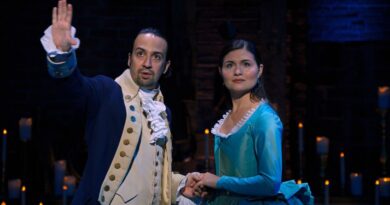 Hamilton on Disney Plus: 6 surprising things to watch for

The 29 best games on PlayStation 4 – CNET 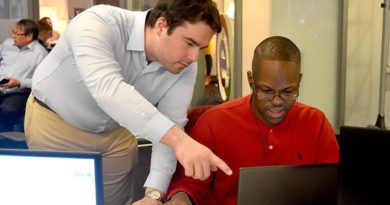 Autism as an advantage in AI jobs: This organization is making an argument for neurodiversity