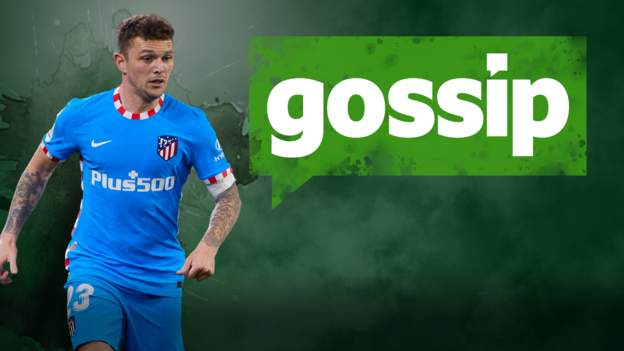 Arsenal are willing to listen to offers for Gabon striker Pierre-Emerick Aubameyang, 32, after he was stripped of the captaincy this month. (ESPN)

Tottenham want to sign a right wing-back and a forward in January, and they are looking to offload both Irish defender Matt Doherty, 29, and England midfielder Dele Alli, 25. (The Athletic – subscription required)

Tottenham, Newcastle, West Ham and Rangers are battling it out to sign West Brom and England goalkeeper Sam Johnstone, 28. (Teamtalk)

Canada striker Jonathan David, 21, who has been linked with Arsenal and West Ham, will leave Lille next year, his agent has said. (Radio Canada – in French)

Napoli are looking to sign Everton and France fullback Lucas Digne, 28, who has been tipped to leave Goodison Park in January. (Foot Mercato – in French)

Borussia Dortmund will try to sign Jude Bellingham’s brother, Jobe, 16, in a bid to convince the England midfielder, 18, to stay at Signal Iduna Park. (Football Insider)

Barcelona are struggling to offload France defender Samuel Umtiti, 27, and Brazil playmaker Philippe Coutinho, 29, because both players don’t want to give up their lucrative contracts at the Nou Camp. (TodoFichajes – in Spanish)

Liverpool are monitoring Porto and Colombia winger Luis Diaz, 24, as a replacement for Sadio Mane, 30, who heads off to the African Cup of Nations with Senegal next month. (FourFourTwo) 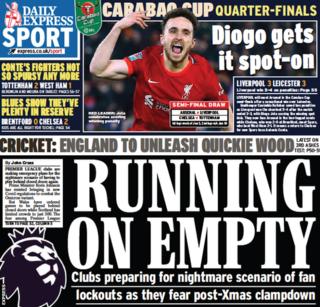 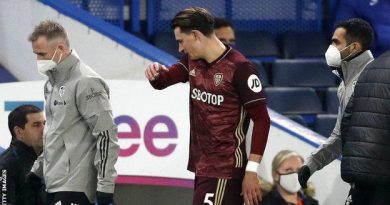 Robin Koch: Leeds defender to have surgery on knee injury 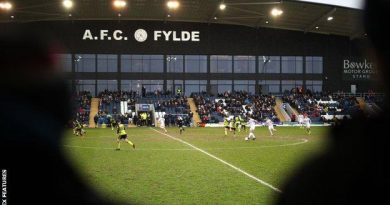 National League in talks with government over ‘critical funding package’