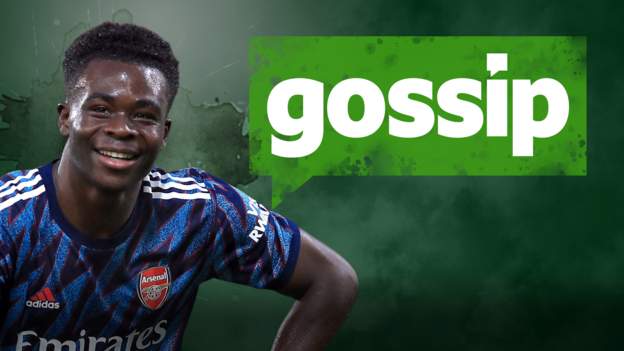 Liverpool are interested in Arsenal and England winger Bukayo Saka, 20, whose contract at the Emirates expires in 2024. (Transfer Window podcast, via Express)

Liverpool have also made a contract offer to AC Milan’s 25-year-old Ivory Coast international Franck Kessie, whose deal at the San Siro expires at the end of this season. (Ansa – in Italian)

Newcastle are closing in on Lille’s £30m-rated Dutch defender Sven Botman, 21, as a key piece of their January transfer business. (Mail)

Chelsea are edging towards a deal for Monaco’s 21-year-old French midfielder Aurelien Tchouameni, who may be a cheaper option than West Ham and England’s Declan Rice, 22. (Daily Telegraph’s Matt Law on the London is Blue podcast, via Chelsea Chronicle)

Lyon have rejected Chelsea’s attempt to recall 27-year-old Italian left-back Emerson Palmieri, who is on loan at the Ligue 1 side. (L’Equipe, via Get French Football News)

Leeds are interesting in signing 26-year-old Argentine striker Giovanni Simeone, currently on loan at Verona from Cagliari, in the summer. (L’Arena, via Sport Witness)

Barcelona have made 29-year-old former Chelseastriker Alvaro Morata, currently on loan at Juventus from Atletico Madrid, their top target for January. (AS – in Spanish) 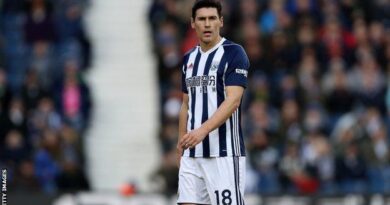 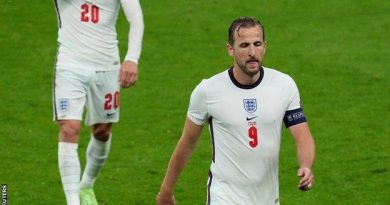 England 0-0 Scotland: ‘Real hope for Scotland but a wake-up call for England’