Manchester City are hopeful of a double high-profile signing, with Messi plus a new contract for manager Pep Guardiola. (Mirror)

Messi has told Barcelona he will not be turning up for coronavirus testing on Sunday. (Marca)

A football agent who helped to take Messi to Barcelona claims it is “90%” sure he will stay at the Nou Camp. (Manchester Evening News)

Colombia international James Rodriguez, 29, will have a medical at Everton early next week as the Toffees close in on a deal for the Real Madrid attacking midfielder. (Talksport)

Tottenham’s Ivory Coast defender Serge Aurier, 27, has rejected a move to Wolves as part of the deal taking Republic of Ireland’s Matt Doherty, 28, in the other direction. (Star)

Inter Milan have told Tottenham they are interested in signing Tanguy Ndombele but want the Lilywhites to lower their £55m valuation of the 23-year-old France midfielder. (Express)

Ajax and Netherlands midfielder Donny van de Beek, 23, is waiting to see if Barcelona bid for him before considering a move to Manchester United or Tottenham. (Sport)

Manchester City’s bid to secure Kevin De Bruyne to a new £350,000-a-week contract has been put on hold following the arrest of the 29-year-old Belgium midfielder’s agent. (Mirror)

Newcastle have emerged as favourites to sign Arsenal’s English defender Rob Holding, 24, on a season-long loan. (The Athletic – subscription required)

Newcastle have made an enquiry about signing Arsenal’s Ainsley Maitland-Niles, 23, but have been put off by the £25m asking price. The Gunners rejected a £15m offer from Wolves last week. (Telegraph – subscription required) 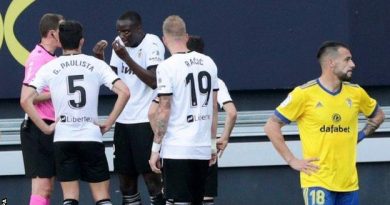 The Premier League returns – all you need to know