Chelsea are favourites to sign Argentine striker Sergio Aguero when he leaves Manchester City in the summer as the 32-year-old is determined to remain in the Premier League. (Mail)

Portuguese club Benfica are the latest club linked with a move for Aguero since it was announced on Monday that he will leave Man City at the end of the season. (Record, via Mirror)

Arsenal and Independiente, the Argentine club where Aguero started his career, are also said to be among the host of clubs – including Barcelona, Juventus and Paris St-Germain – keen to sign him as a free agent in the summer. (Sun)

Liverpool could “muscle in on” Barcelona’s pursuit of 27-year-old Lyon and the Netherlands striker Memphis Depay, who will be a free agent in the summer. (Marca)

Borussia Dortmund striker Erling Braut Haaland’s father, Alf-Inge, and his agent Mino Raiola are set for meetings in London with Manchester City, Chelsea, Manchester United and Liverpool on Friday about a move for the Norwegian 20-year-old. The pair have already met with Barcelona and Real Madrid. (Mundo Deportivo – in Spanish)

Liverpool,however, are not expected to further pursue any move for the sought-after Haaland and Chelsea remain the most likely English club to land his signature. (Football Insider)

Argentine forward Lionel Messi, 33, has issued Barca president Joan Laporta a full list of demands of what it will take for him to sign a new contact at the Nou Camp. (Eurosport)

Arsenal’s Uruguayan midfielder Lucas Torreira, 25, who is on loan at Atletico Madrid, has said that he wants to return to South America following the death of his mother and is determined to join Argentine side Boca Juniors to fulfil a promise he made to his father. (ESPN Argentina, via Goal)

West Brom boss Sam Allardyce wants on-loan Chelsea midfielder Conor Gallagher to remain at the Hawthorns if they can avoid relegation from the Premier League. (Metro)

Arsenal manager Mikel Arteta says the future of French striker Alexandre Lacazette will be addressed in the summer, by which time the 29-year-old – who has been linked with Roma, Atletico Madrid and Sevilla – will be into the final 12 months of his current deal. (Guardian)

Jorginho’s agent Joao Santos says the 29-year-old Italy midfielder, who has been repeatedly linked with a return to Napoli, will “100%” remain at Chelsea beyond the summer. (Tutto Mercato – in Italian)

Aston Villa’s Belgian defender Bjorn Engels could return to his native country in the summer, with Royal Antwerp interested in the 26-year-old having failed to sign him in January. (VoetbalKrant, via Birmingham Mail)

Atalanta’s Colombian striker Duvan Zapata, 30, who has been linked with a move to Chelsea and Liverpool, has spoken about “one day” playing in the Premier League and revealed he grew up as an Arsenal fan. (Gazzetta dello Sport, via Football London)

Everton full-back Thierry Small, 16, is willing to turn down a three-year professional deal in order to pursue first-team opportunities elsewhere, with Manchester United, Arsenal, Brighton and Brentford among those keen on his services. (Express) 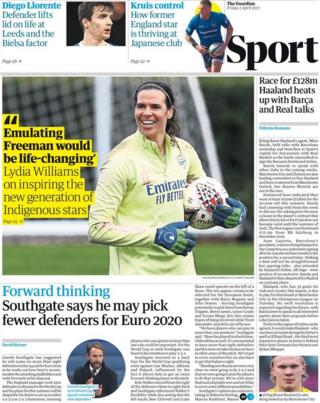 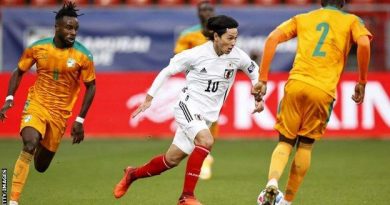 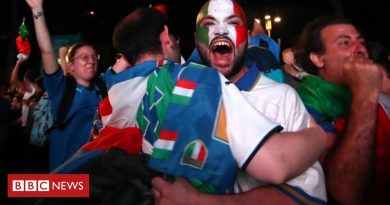 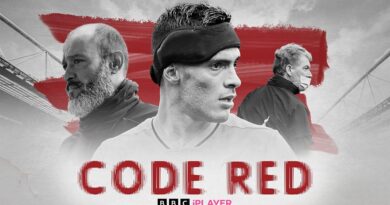