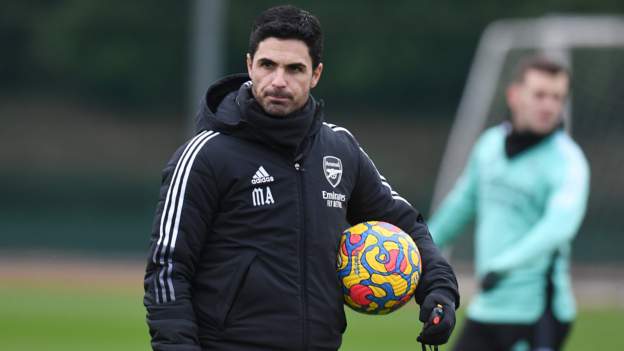 Arsenal’s north London derby at Tottenham on Sunday has been postponed because the Gunners do not have enough available players to field a side.

“The decision is a result of a combination of Covid-19, existing and recent injuries and players on international duty at the Africa Cup of Nations,” said the Premier League.

It is the 21st top-flight game to be postponed this season because of Covid.

Premier League rules say a club must play a game if they have 13 outfield players and one goalkeeper available.

Arsenal have Thomas Partey, Mohamed Elneny, Pierre-Emerick Aubameyang and Nicolas Pepe on Cup of Nations duty, while Cedric Soares, Bukayo Saka and Calum Chambers all picked up injuries in their Carabao Cup semi-final first leg draw against Liverpool on Thursday.

Granit Xhaka is also suspended after he was sent off in the first half at Anfield and Martin Odegaard missed the game through illness.

The Gunners said they “reluctantly” requested a postponement and were “disappointed” that the game had to be called off.

It is the second Premier League game scheduled for this weekend to be postponed after Burnley’s game against Leicester City was called off on Friday because of because of Covid-19 and injuries in the Clarets camp.

The Premier League said: “All clubs are able to apply for a postponement if Covid-19 infections are a factor in their request.

“Postponement rules are designed to protect the wellbeing of players and staff, while maintaining the sporting integrity of the competition”.

“Club requests are assessed on a case-by-case basis, based on existing rules and adapted Covid-19 postponement guidance, implemented in light of the Omicron variant,” added its statement.

“The board examines a number of factors, including the ability of a club to field a team; the status, severity and potential impact of Covid-19, and the ability of the players to safely prepare for and play the match.

“The detail within all applications is scrutinised by the league’s specialist staff before the board makes its decision.” 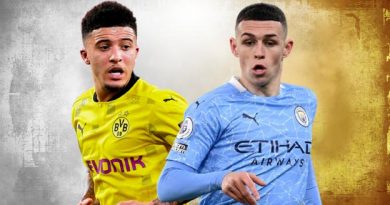 Phil Foden & Jadon Sancho: Their two routes to the top 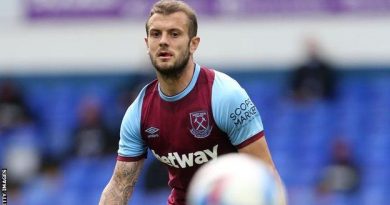