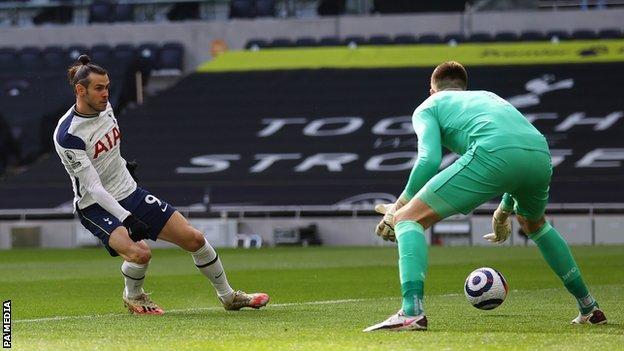 
Gareth Bale scored twice and made another as Tottenham cruised to an easy Premier League win over Burnley that boosted their hopes of European qualification.

Spurs had lost five of their previous six league matches but went ahead inside two minutes when Bale converted Son Heung-min’s low cross.

Son was the architect for the fourth as he ran at the Burnley defence before finding Bale, and the Wales forward curled a fine finish into the far corner to seal the emphatic win.

The victory takes Jose Mourinho’s side up to eighth. They are six points behind fourth-placed West Ham, who occupy the final Champions League qualification spot, but have a game in hand on the Hammers.

After winning the Champions League four times with Real Madrid, much was expected from Bale on his return to Tottenham, where he had twice won the Professional Footballers’ Association Players’ Player of the Year Award before moving to La Liga.

However, after a couple of disrupted campaigns, Bale was carrying an injury when he rejoined Spurs in September on a season-long loan deal from Real and has struggled to build up a regular run of matches.

But his recent form has shown glimpses of what Tottenham fans would have hoped to see and, following goals in both legs of the 8-1 aggregate win over Austrian side Wolfsberger in the Europa League last 32, he was given only his third Premier League start of the season on Sunday.

Before the match, Mourinho said Bale “was happier than ever” and it took the 31-year-old only 70 seconds to score when he had got in between the Burnley central defenders and steered Son’s low cross past Nick Pope in the first chance of the game.

Kane shot just wide and Moura was denied by Pope, before the England keeper was beaten again after 15 minutes.

A brilliant long ball from Bale, 30 yards from his own goal, released Kane and the forward scored his 14th Premier League goal of the campaign, although his strike took a deflection off James Tarkowski to take it over Pope.

Tottenham won this fixture 5-0 last season and it then became a question of how many they would score.

The third came when Reguilon’s cross was inadvertently flicked on by Tarkowski and Moura took a touch to set himself before firing into the net.

Bale, in arguably his best performance of the season, scored again with an excellent curling finish following a storming run forward from Son, before the Welshman was substituted after 69 minutes.

Only excellent goalkeeping from Pope denied the hosts a bigger win as he made fine saves from Kane and Son on a tough day for Burnley.

Tottenham have finished in the top six in the past 11 seasons. They started this match in 10th, although the win took them back above north London rivals Arsenal and also ahead of Aston Villa into eighth.

Dyche will need to see a reaction again

Burnley had come into this game unbeaten in four Premier League matches, but they were completely outplayed at Tottenham Hotspur Stadium.

The Clarets’ total of 18 goals is the second lowest in the league and Jay Rodriguez twice had efforts that were comfortably dealt with by keeper Hugo Lloris, while Matej Vydra should have also done better but shot off target.

They are now only five points clear of the relegation zone and have matches against top-half sides – Leicester, Arsenal and Everton – in their three games in March.

However, Sean Dyche’s side have repeatedly shown their fighting spirit this season and the Burnley boss will surely now be looking to see a similar reaction to what followed heavy losses to Chelsea and Manchester City earlier this season.

After a 3-0 defeat by Chelsea in October they picked up four points in their next two matches and following a 5-0 hammering against Manchester City in November, Burnley then collected two wins and two draws in their next four games.

One plus for Dyche was top goalscorer Chris Wood coming on for the last 18 minutes after missing six matches because of a hamstring injury he picked up against Chelsea at the end of January. The New Zealand forward will be an important player as they fight to keep hold of their top-flight status.

Tottenham have London derbies in both their next two matches, going to Fulham on Thursday (18:00 GMT) and then hosting Crystal Palace on Sunday, 7 March (19:15).

Burnley play at home against Leicester City on Wednesday (18:00) and then entertain Arsenal on Saturday (12:30). 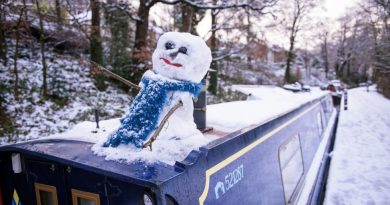 White Christmas: How common is it in Wales?