Huddersfield Giants have signed France international half-back Theo Fages on a three-year deal following the expiry of his contract at St Helens.

He scored 39 tries in 140 appearances following his move from Salford in 2016, across six seasons.

“I’m really excited to get going,” Fages said of the move.

“I just want to bring this team back to where it was, fighting for trophies, and the challenge is really exciting for me.”

Fages, who has also served as France skipper, comes in as a replacement for the outgoing Aidan Sezer and will join Danny Levi, Chris Hill, Nathan Mason and Tui Lolohea at the Giants in 2022.

“It’s a new life for me, we will be moving here and I’m really looking forward to it,” he added.

“Ian Watson and everybody else wants to do really well for this team. We want to win trophies and I’ll just be giving 100% for this team” 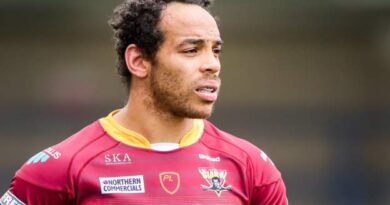