Cardiff Devils are established as one of ice hockey’s leading teams in the United Kingdom.

But 30 years ago, they were merely upstarts in the scheme of things – until a dramatic night that upset what many in the sport regarded as the accepted order.

In 1990 the team from the Welsh capital were only four years old, but had underlined their potential and intentions by rising from the bottom of the British pyramid with successive promotions to the Premier Division, then the top flight.

In their first campaign at that level – 1989-90 – they won the league title, an achievement that served to intensify their rivalry with Murrayfield Racers, who had finished second to the Devils in the league.

That set the scene for the nerve-shredding play-off final that followed between the Celtic rivals, now widely regarded as one of UK ice hockey’s most exciting and turbulent finals.

The Cardiff netminder that day at Wembley Arena was Islington-born Jeff Smith who was also the Great Britain stopper.

He had been with the club since its second season after being enticed from Telford Tigers by player-manager John Lawless, who had been tasked with setting up the club.

Smith remembered what persuaded him to make the move: “I think he (Lawless) told us all the same story.

“He rang me and told me that he wanted to build the team around the goalie, so it made me feel special.

“But he was a very good man manager. I think he did a superb job by knitting that team together.”

“It was breaking through, it was starting to get some publicity on the BBC, which started to pull the numbers in and started to attract sponsors because there was exposure,” he says.

The final was broadcast live on the BBC’s flagship Saturday sports programme Grandstand and did not disappoint any neutral fans tuning in.

Murrayfield struck the first three goals and Devils produced a blistering response in 105 seconds as they levelled through Ian Cooper, Doug McEwen and captain Steve Moria.

Racers then went 6-4 up before Cooper sparked another Devils fightback, finished off by a superb Moria equaliser, to take the contest into overtime.

More fingernails were to disappear as that period ended scoreless, prompting the roller coaster of a penalty shoot-out which ended 5-5 after 19 shots.

Sudden death was next and after Scott Neil missed, McEwen hits the target, putting the pressure back onto the Racers.

Murrayfield’s Tony Hand was regarded as one of the finest players of his or any generation, but Smith deflected Hand’s short with his glove to seal victory.

Cue bedlam on the ice and bedlam in the stands as Devils players, coaches and fans began their raucous celebrations.

“The whole season, it never felt that we could lose,” recalls Smith.

“And in that final game when we were 6-5 down with a minute to play. It was almost like we still believed that we were going to win it.”

Of that shoot-out he said: “The Canadians were phenomenal. I’ve watched the penalty shots many times.

“One in particular, where Steve Moria loses the puck on the penalty shot, the puck escapes him off his stick but he still manages somehow to bring the puck under control, go in and score.

“At the time it was sudden death, if that puck had got away from him we’d have lost the game and the final.

“Coming from the division below we were expected to finish mid-table, but we literally won everything.

“We were all very focused, we worked hard and played hard, but we were very professional and we all pulled together. That was quite a magical season.”

“It was a massively pivotal time in my life. I’ve built my life here, I absolutely love the city, the country and the people,” he added.

“That call from John Lawless that brought me down to Cardiff literally changed my world.

“The ice hockey and the team have provided me with so many amazing memories. I’m extremely proud of it.” 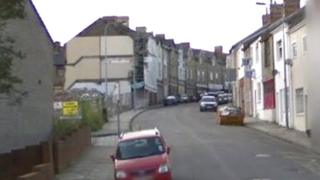 Two charged with assaulting an emergency worker in Barry 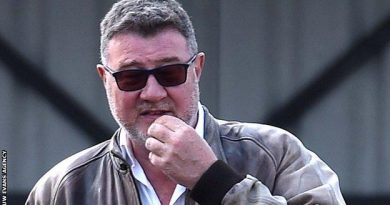