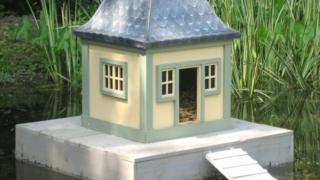 Who do you trust?

That’s no small question. But it’s a fundamental one when it comes to politics.

For democracy to work well, voters have to have at least a modicum of faith that when politicians are taking decisions they are doing it in our best interests, or at least they are doing what they perceive to be the right thing even if you believe they are wildly wrong.

There’s little doubt that the agonies of the Brexit process saw trust being stretched to breaking point.

While in such an era of political controversy there has been huge concern, thousands of column inches and hours of discussion on the airwaves about the damage that’s been done, the British public didn’t just wake up one morning and decide that their politicians were a bunch of charlatans.

And there were plenty of reasons why voters had concerns about whether they could trust them long before a certain campaign group put a certain number on the side of a red bus.

It seems a different age, but there were dramatic events in the previous decade that certainly undermined the relationship between the public and those in power.

And in a new documentary, The Decade of Distrust, to be aired on BBC Radio 4 on Saturday evening, we delve into the archive of 2000 to 2010.

We revisit the political controversies of the Iraq war, the jaw-dropping revelations of the MPs’ expenses scandal, the estimate-busting increase in immigration, the horror of Harold Shipman’s murders and, more than anything else, the financial crash, the moment when the foundations of the economy and the basis of our political assumptions simply fell away.

The programme takes us from Gordon Brown’s living room in Fife and George Osborne’s editor’s office at the Evening Standard in London back in time.

It was almost eerie to talk to those two about how the crash unfolded and the impact it had on our faith in the political system.

The former prime minister now believes the people lost trust not because his government made mistakes in handling the crisis, but because they didn’t explain to the public what was happening.

He told me: ‘We didn’t communicate properly, and trust was lost because of that.

“I look back to Roosevelt who did Saturday night radio broadcasts, I kept thinking what is the medium to get our message across?

“People wanted gameshows. Social media was becoming big but we didn’t really realise the power of it.

“So we didn’t get our message across properly, we didn’t explain it’s a banking crisis, it was worldwide, we had an answer.”

George Osborne reflects that the combination of events in those years, the “rabbit punches of the expenses scandal, and of the bailing out of the banks” created a climate where people found it harder to trust the government, with consequences we are still living with today, although he jokes that the cartoons he publishes in the paper he edits now are far less rude than those in previous centuries.

British voters have always been a healthily sceptical bunch.

Politicians have never exactly been held up as paragons of virtue.

But it is hard for any political generation to restore the public’s faith and trust once it has gone, and the first 10 years of this century set the scene for the turmoil in the UK we have just all lived through.

You can listen to our documentary tonight on BBC Radio 4 at 2000 GMT and on BBC Sounds afterwards. 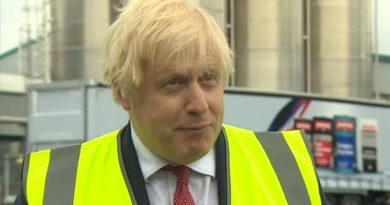