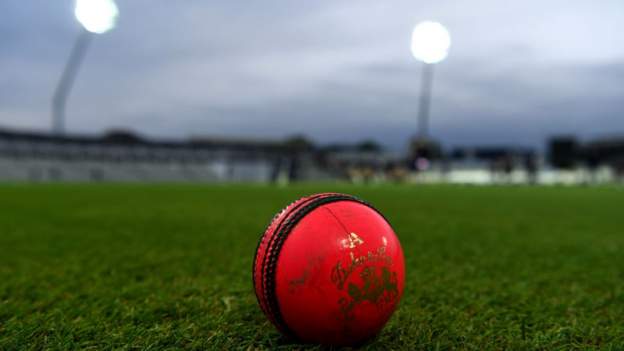 Even before a single ball was bowled in this winter’s Ashes, all the talk was of when James Anderson and Stuart Broad would figure.

England’s two most successful fast bowlers of all time were left out of the first Test defeat in Brisbane to keep them fresh for the day-night second Test at Adelaide.

The theory was they would be most effective under the Adelaide lights bowling with the pink ball, and both men are in England’s 12-man squad. for the match which begins on Thursday – although spinner Jack Leach could yet be selected ahead of Broad.

Whether England have made the right decision to hold the pair back remains to be seen, but there is plenty to suggest their choice make sense.

What do the stats say?

Anderson and Broad have played in all four of England’s day-night Tests. Anderson has claimed 14 wickets at an average of 19.3, while Broad has taken 10 at 27.3.

Crucially for England, Anderson’s best-ever Test figures in Australia came under the Adelaide lights three years ago. His 5-43 was instrumental in bowling Australia out for 138 in their second innings.

However, England went on to lose that Test by 120 runs, and they have not won a day-night match since their very first outing in the format against a below-par West Indies in 2017 at Edgbaston.

Why is the pink ball so important for England?

England arrived in Adelaide 1-0 down after a minor humbling at the Gabba, but all is not lost.

The pink ball behaves differently to a red ball – and many believe this will be key to England’s chances of getting back into the series, despite Australia’s 100% record under lights in eight outings.

“The lacquer that is put on the ball means it never loses it’s shine, so it almost behaves like a new ball for the entire time; it has the shine and the hardness.

“So when it comes to the twilight period, if the ball is not soft from being bashed around for 60 overs, it really does kick and zip off the pitch as the lights come on.”

This is where Anderson in particular comes in…

What difference will Broad and Anderson make on the field? 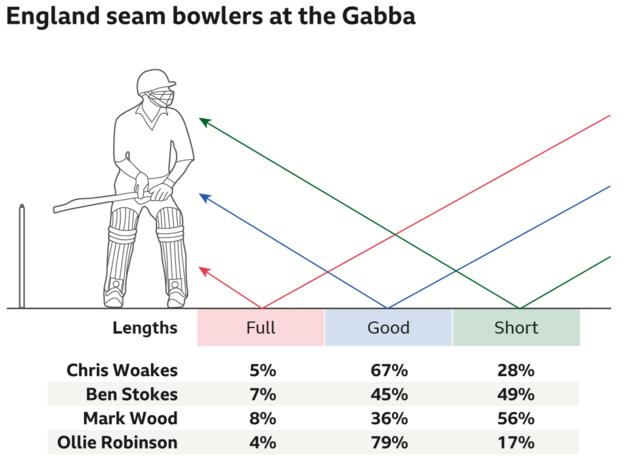 No-one is better at finding and manipulating swing than Anderson, who is England’s leading Test wicket-taker.

“Jimmy has the ability to bowl over the wicket and swing the ball both ways,” 32-year-old Finn, who played 36 Tests, explained.

“If England do end up bowling in that twilight period with a newish ball, he is one of, if not the best, in the world at making the ball talk when it’s swinging.

“If you have someone in your team like Jimmy, you know in those situations you can throw the ball to him and let him do his thing.”

While England’s seamers bowled well at the Gabba – particularly given the meagre first-innings total they were trying to defend – they missed the control Anderson offers.

For Finn, this control is an underrated element of Anderson’s game, and one that will be key throughout the Adelaide Tests.

“His control means that when the conditions don’t suit him, he can bowl to a particular plan, such as hanging it outside off stump with really disciplined lengths,” he said.

“That is not an easy skill to be able to master. To have him through those periods so the Australian batters can’t take advantage of favourable batting conditions is a really good skill to have.

“Even when the conditions don’t favour him, he finds a way to be effective.”

Broad offers a point of difference when it comes to Australia’s left-hander heavy top-order.

David Warner’s travails against Broad in the last Ashes series are well-documented, but Broad’s ability with the new ball could stifle Australia in an effort to get off to a fast start.

“Australia’s batters played really well to bowlers bowling right-arm over, which England stuck to for the majority of the time in Brisbane,” Finn said.

“With Broad coming round the wicket, attacking the stumps and both edges of the bat, with hopefully helpful conditions at some stage, he will bring a different angle of attack.”

England will be mindful of Warner, in particular. The left-hander’s Test-best score of 335 not out came in a day-night match against Pakistan at Adelaide.

And what about off it?

Broad wrote in his newspaper column that he was disappointed to be left out at the Gabba, describing himself as “ready to go” in the opening Test, while Anderson was rested with a minor calf issue.

It is not often that both players miss the same Test, given how crucial they have been to England’s successes in recent years.

Should they play at Adelaide, they bring not only a wealth of experience but a calmness that, in the high stakes of an Ashes match, will be helpful to Root and his players.

“I found that, naturally, at the start of your Test career, you can be quite frenetic and not deal with the pressure situations as well as you like,” Finn said.

“Your decision making can get muddled. So to have someone like Jimmy out there to be that calming influence and almost affirm decisions, be someone to bounce ideas off, is an important element.”

Broad might occupy the cartoon villain role for Australia fans but his competitiveness is a key element for Finn.

“I have been in dressing rooms where you look at him and he just looks fired up – like he’s going to do something,” Finn added.

“He talks about it a lot but when you’re at mid-off you really see it; he picks his knees up, attacks the crease and more often than not does what’s required to get the team back into the game.”