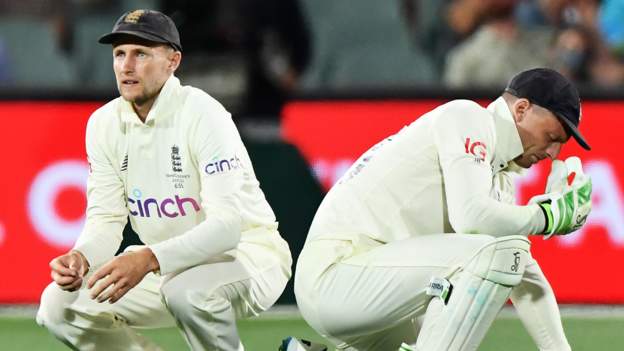 Watching on from Australia, the way England approach an Ashes tour can be perplexing.

Australia do not have a good recent record visiting England, without a series win from five attempts across the past 20 years.

However, at least their record from those 25 Tests is six wins, seven draws and 12 defeats.

England’s record in Australia across the same period is now four wins, two draws and 21 defeats in 27 matches.

Aside from England’s 3-1 series win in 2010-11, every other tour has begun with losses in Brisbane and Adelaide, and been consumed by a general sense of panic from that point on.

On BBC Radio 5 Live during the Adelaide Test, former England assistant coach Paul Farbrace described the 2017-18 loss as happening “in a haze”. Things unravelled so quickly that his team looked around one day and found they were 4-0 down.

If anything, the 2021-22 band of tourists look even worse, with a confused series of plans that have led to unhelpful decisions, and a core of players who can’t come to grips with what is required of them.

Former Australia captain Ian Chappell has watched plenty of teams, good and bad, over the years, and on Test Match Special during the Adelaide Test he was typically forthright.

“I’m just not convinced by England’s plans,” he said. “Chris Silverwood has been in charge for a while now and what I’ve seen has bemused me at times.”

This included having Ben Stokes bowl bouncers to a leg-side field within 21 overs on the opening day.

Mark Wood might normally have done that job, but was rested after Brisbane, where Stuart Broad had been left out despite an excellent record at the Gabba.

The following day, 90 overs later, Stokes finally bowled a delivery on a length. It moved in the air and seamed past Cameron Green’s bat. Just about his first delivery in the match that could have hit the stumps did exactly that.

Stokes is too good a swing and seam bowler to be asked to bash the pitch halfway down. Not to mention that he has had injury problems and short bowling takes a greater toll.

“I would have played Mark Wood,” said Chappell. “Without him, Stokes had to be the enforcer. He’s a guy that you don’t want to go down with an injury.”

The short bowling from Stokes was in captain Joe Root’s control. Less so was the fact that his pitch-up seamers were not pitching it up.

“You always say if the batters are playing and missing you are probably bowling a little short,” said former Australia seamer Glenn McGrath, who knows more about taking the outside edge than almost anyone in history.

So it went, as Australia built up 473-9 declared in the first innings.

Root’s conventional response to a defeat is always to say his players have to learn from it. They rarely do. Broad and James Anderson made exactly the same mistake with their bowling length in the first innings at Adelaide in 2017. In both Tests, in the second innings, they went fuller and took wickets, but in both Tests the game was out of reach by then.

Then there is England’s spin conundrum. It is telling that Australia never wonder whether to play a spinner. Nathan Lyon is picked no matter the venue or conditions. If he went down injured, another spinner would be called in.

England have no reliable option, though. They have chopped and changed and dropped and recalled spinners, hopping from Jack Leach to Dom Bess to Moeen Ali, and flirting with Matt Parkinson without ever consummating the relationship.

The ancient English mistrust of leg-spin remains, versus the supposedly more reliable variants of finger spin, even though Australia is a graveyard for visiting finger spinners, and Leach in Brisbane was only receiving the freshest of a century’s worth of plots as Australia targeted him.

Of course, so much attention goes on the bowling when the batting has routinely failed to deliver.

Since the start of the 2020 English summer, Root has walked to the middle 29 times. On 16 occasions the score has been under 30. Only nine times has it been over 50, and only twice over 100.

It’s so bad that England insist on picking Chris Woakes at number eight largely as batting insurance, despite giving little with the ball.

“What is Chris Woakes doing in this team? I thought he was mediocre in Brisbane and much the same in Adelaide,” said ABC commentator Jim Maxwell during the second Test.

He isn’t wrong. Woakes fought admirably with the bat on the final day, but he averages 55 with the ball in Australia, and so far this series has taken 3-228. Picking him meant leaving out Broad in Brisbane and not picking a spinner in Adelaide, where Lyon was essential for Australia.

It must be frustrating for supporters watching on. But, as Chappell said: “England have brought a lot of the frustration on themselves. You have got to pick a team and say, ‘Can this team beat Australia in Australia?'”

He went on to point out the wicketkeeping of Jos Buttler, who took a couple of spectacular catches from Australia’s least important batter, Marcus Harris, while dropping far more significant and straightforward ones.

Buttler is largely chosen for his dash with the bat, and he also put in a serious shift on the final day in Adelaide. But for all of his white-ball skills, he has two Test hundreds in 96 innings, and averages 29 in the past three years.

“Buttler looks shell shocked, like a man down on confidence. His footwork isn’t of a natural keeper,” said Chappell.

Meanwhile, natural keepers like Ben Foakes stay on the sidelines.

There must be a mental aspect to what has made England teams struggle so much in Australia, something that brings on the fog that Farbrace observed, something that prompts the rash of dropped catches and bad shots.

But there are also decisions before the team takes the field that deny them the best chance to succeed.

From a local view, those confound more than anything. 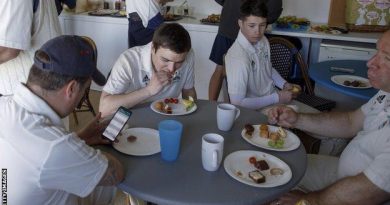