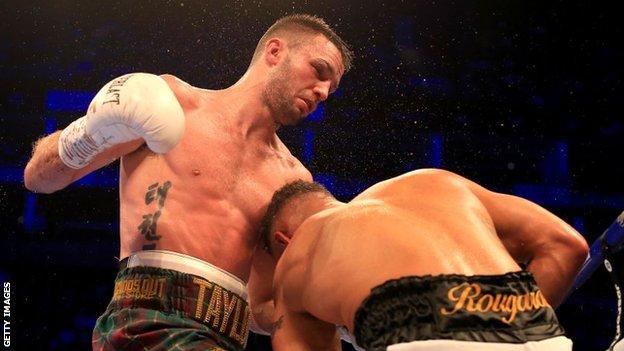 Unified world super-lightweight champion Josh Taylor says he will be sharpened by the “fear factor” of taking on a relatively unknown quantity in Apinun Khongsong on Saturday.

Scotland’s Taylor will defend his WBA and IBF world titles against the undefeated Thai at London’s York Hall.

He starts a 1-33 favourite and a win could set up a bout against American Jose Ramirez for all four world titles.

“He’s relatively unknown so it is quite dangerous. I am taking him very seriously.

“Everyone keeps mentioning Ramirez or Terence Crawford and I feel like saying ‘I don’t want to talk about it because this is a world title fight with both my belts on the line’.

“Everyone else I think is underestimating him, not me.”

Eleven months have passed since Taylor’s last outing, when he claimed his second world title in a see-saw battle with American Regis Prograis.

In an in-depth interview with 5 Live Boxing, he looks back on being unable to see out of his right eye late in the fight and says he was aware he was in danger of being stopped and beaten for the first time.

“You bite down on the gum shield and you think ‘let’s have it,'” says Taylor, who has 16 wins from 16 bouts. “It’s pure heart, determination and pride that gets you through it. You’ve either got it or not. I don’t believe it’s something you can teach.”

Since the win, Taylor has joined forces with Tyson Fury’s former trainer Ben Davison and signed with US promotional outfit Top Rank, moves that he hopes can add fresh momentum to his pursuit of eye-catching bouts.

Few would be more eye-catching than a bout with Ramirez for all four belts at 140lbs, so there can be no slip-up against 24-year-old Khongsong, who has never boxed outside of Asia before but has 16 wins and no defeats.

“There’s limited footage of him but we’ve watched what’s out there extensively and seen what he’s good at and not good at,” added Taylor, a 2014 Commonwealth Games gold medallist.

“In the amateurs I had over 150 fights. I have seen every style I would think you can imagine. I don’t think he will have anything I have not seen before.

“I am fully confident of getting the job done and putting on a good performance but also have that little bit of fear factor in not knowing what he might have up his sleeve.

“I have 36 minutes. It’s a long time to be in there and he will make a mistake at some point.” 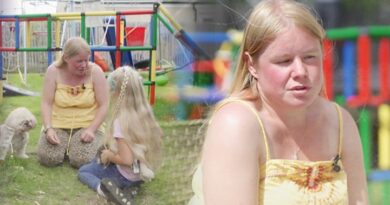 Coronavirus lockdown: ‘I have never felt so blind before’