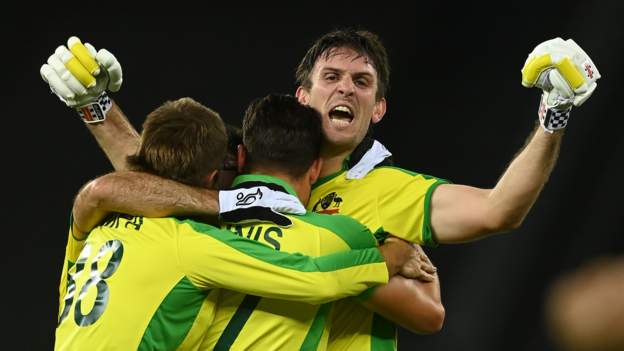 “Mitchell Marsh is the nicest person you will ever meet in your life.”

Captain Aaron Finch did not hesitate when asked to describe the man who played the match-winning innings as Australia beat New Zealand to win their first Men’s T20 World Cup.

“He’s obviously a special player to be able to put up with the critics for so long.

“For him to keep coming back after people keep doubting him shows how much of a quality person he is.”

Marsh has been on the receiving end of a lot of criticism during his international career.

It is largely because of a perception that he has been given more chances than others, that he is the son of legendary opener Geoff Marsh, and that he has never lived up to his potential.

Two years ago, after Marsh took 4-45 in the final Ashes Test against England at The Oval, he was asked about how he was perceived in Australia.

“Most of Australia hates me”, he said, adding with a grin: “Hopefully I’ll win them over one day.”

Guiding your country to the one global trophy they had never won with an unbeaten 77off 50 balls might just do the trick.

West Indies batter Carlos Brathwaite – a T20 World Cup final match-winner himself – said there was “no-one in the world who would have interacted with Mitch Marsh and will not be happy for him”.

The genuine joy for Marsh from his team-mates when he got his moment in the spotlight was testament to that.

The Australia players came tearing on to the field in Dubai. Adam Zampa and Marcus Stoinis, Marsh’s closest friends, were the first to get to him, jumping into his arms.

“What an amazing six weeks with this group of men. I love them to death,” said Marsh.

Asked what the key to Australia’s victory was, Stoinis was unequivocal.

“This group of boys,” he said. “We actually love each other.

“It is beautiful. You won’t find bigger supporters of Mitch Marsh right here other than his family. We’re so proud of him.”

Many of the Australia players are former housemates and have played state cricket and global Twenty20 tournaments together for years.

Bubbled together in the United Arab Emirates, they seem to have grown closer. Their celebrations on winning were raucous enough to interrupt New Zealand captain Kane Williamson’s post-match news conference.

Victory was made all the sweeter by the fact that Australia, as captain Finch said several times, were written off before the World Cup.

In the lead-up to the tournament, Australia lost five T20 series in a row, were bowled out for 62 against Bangladesh and arrived with David Warner out of form.

Warner was dropped by Sunrisers Hyderabad in the Indian Premier League and made nought and one in Australia’s World Cup warm-up games.

Finch, however, was so confident in his opening partner that he even reassured coach Justin Langer before the competition.

“Without a word of a lie, I called Justin a few months ago and said, “Don’t worry about Davey, he’ll be man of the tournament,” Finch said.

His faith was repaid – Warner was named player of the tournament for his 285 runs at an average of 48.16, including crucial contributions of 49 in the semi-final and 53 in the final.

“He’s one of the all-time great batters,” said Finch. “And he’s a fighter. He’s someone who when his back is against the wall, that’s when you get the very, very best of David Warner.

“It was a special finish to the tournament for him, the last couple of knocks.”

Langer arrived in the UAE with his role in doubt after reports over his alleged temper in the dressing room and Australia’s poor white-ball results.

He has cut a more relaxed figure throughout, hugging players in the dugout, and heading out at the drinks break to chat and joke with the batters in the middle.

“He’s been great. The vibe around the group has been unbelievable,” Finch said.

“There’s a lot of time spent in each other’s rooms and the team room, chilling out at lunches, dinners and breakfast.

“JL has played a part in that and that’s a great reward for him as well as the players.”

Few sides love being written off like Australia do. They thrive on proving people wrong. They arrived at the T20 World Cup being told they were too old, too out of form, too out of touch to win.

They walk away as world champions, their methods, players and coaches vindicated. 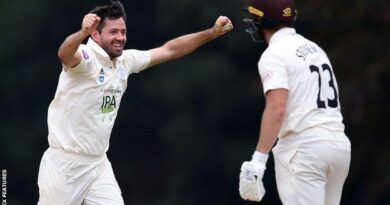