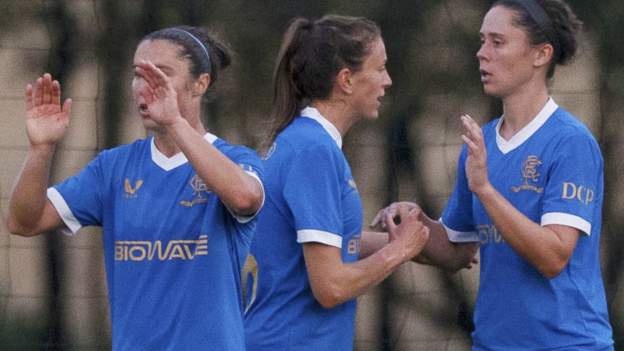 Jamaica forward Kayla McCoy marked her first SWPL 1 start with a hat-trick as rampant leaders Rangers maintained their perfect record with an 8-0 hammering of Aberdeen.

Defending champions Glasgow City won 2-0 at Hearts to stay two points behind alongside Celtic, who put six goals past Hamilton Academical without reply.

Hamilton replace Partick Thistle in bottom spot after the Jags secured a superb 3-2 victory over Hibernian, while Spartans and Motherwell fought out a goalless draw.

At Auchenhowie, McCoy got Rangers off the mark in the opening minute then netted either side of half-time to complete her treble.

Lizzie Arnot scored twice and Kirsten Reilly, Chelsea Cornet and Jane Ross were also on target as Rangers made it six wins from six.

Glasgow City were below their best at Oriam, but secured victory over Hearts thanks to first-half goals from Aoife Colvill and Hayley Lauder.

Partick Thistle fell behind against Hibs when Siobhan Hunter struck for the visitors. However, Amy Bulloch’s double, including a penalty, and Rebecca McGowan strike proved enough for Thistle’s second win of the season, moving them up to sixth, despite Colette Cavanagh’s late counter. 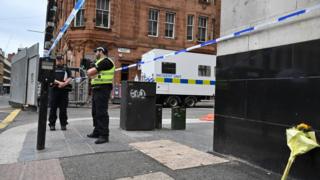