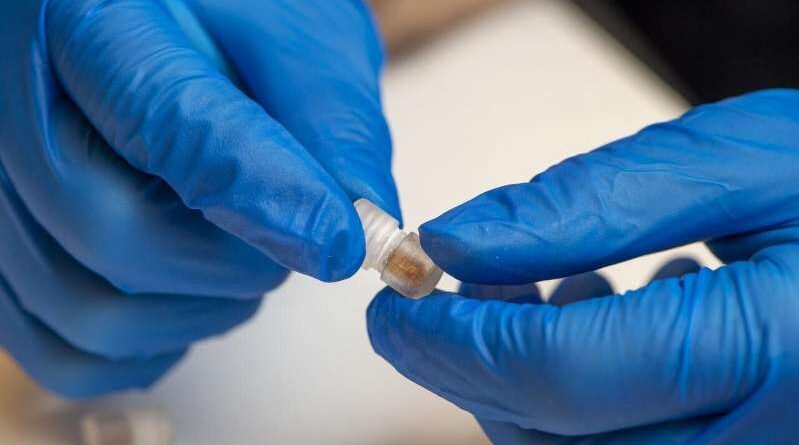 Your gut bacteria could say a lot about you, such as why you’re diabetic or how you respond to certain drugs.

But scientists can see only so much of the gastrointestinal tract to study the role of gut bacteria in your health. What comes out of you is just a small sample of these bacteria, without indicating where they came from in the digestive system.

Purdue University researchers built a way to swallow a tool that acts like a colonoscopy, except that instead of looking at the colon with a camera, the technology takes samples of bacteria.

The technology could also move throughout the whole GI tract, not just the colon. This tract, in addition to the colon, includes the mouth, esophagus, stomach, pancreas, liver, gallbladder, small intestine and rectum.

Essentially, this tool would make it possible to conduct a “gut-oscopy.” A video showing how it would work is on YouTube.

“It’s all about being able to take samples of bacteria anywhere in the gut. That was impossible before,” said Rahim Rahimi, a Purdue assistant professor of materials engineering.

The tool is a drug-like capsule that passively weasels through the gut without needing a battery. A pill version of a colonoscopy is already commercially available to view areas of the colon that a traditional colonoscopy can’t see, but neither tool can sample bacteria.

“If a colonoscopy or camera pill sees blood, it can’t sample that area to investigate further. You could just sample bacteria from a person’s fecal matter, but bacteria can vary a lot throughout the GI tract. Our approach could be complementary,” Rahimi said.

The bacteria-sampling capsule also would be a lot cheaper, each costing only about a dollar, he estimates.

Rahimi’s team is working on testing this capsule in pigs, which have a similar GI tract to humans. An initial demonstration of the prototype is published in RSC Advances, a journal by the Royal Society of Chemistry.

The researchers 3-D-printed the capsule out of resin, the same material used in dental molds and implants. This material would need to be slightly modified for humans to ingest, but is otherwise nontoxic, Rahimi said.

When exposed to the pH of a certain gut location, the capsule’s biodegradable cap dissolves. Inside the capsule, a hydrogel similar to those used in diapers expands and collects intestinal fluid containing bacteria. Pressure closes shut the capsule’s aperture when the sampling is complete, kind of like a plunger.

The researchers have tested the prototype capsule in a culture solution designed to simulate the gut bacterial flora of a GI tract. They also tested the capsule’s ability to protect the sampled bacteria in different extreme environments. Their experiments so far show that the capsule could successfully sample bacteria common in the gut, such as E. coli, within an hour.

In a human, the capsule would continue to move throughout the GI tract with other fecal matter. A scientist could then recover the capsule from a study participant’s fecal matter, unscrew the capsule, and study the collected bacteria.

“This approach is providing new opportunities to study what type of bacteria are present in the gut. It would help us figure out how to manipulate these bacteria to combat disease,” Rahimi said.

A patent has been filed for this technology through the Purdue Research Foundation Office of Technology Commercialization. The work is funded by Eli Lilly and Company and Purdue’s School of Materials Engineering. Rahimi’s team is conducting this research at the Birck Nanotechnology Center in Purdue’s Discovery Park. 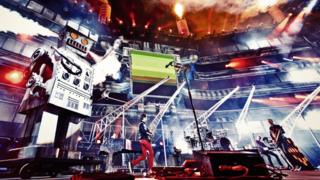 The high-flying circus firm for pop and rock stars