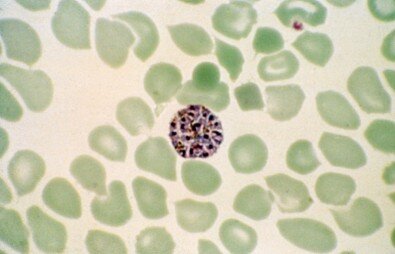 In an article published in the journal eLife, researchers at the University of Campinas (UNICAMP) in the state of São Paulo, Brazil, describe a novel strategy for detecting imbalances and complications in patients infected by Plasmodium vivax, one of the parasites that causes malaria and the main cause of the disease in the Americas.

According to the study, total parasite biomass in the patient is a better predictor of the extent of infection outside the bloodstream than parasitemia, the number of living parasites in blood samples. The discovery will contribute to the development of novel diagnostic methods and treatments, as well as a specific vaccine against this type of malaria.

Considered one of the infectious diseases that affect most people in the world, with 229 million new cases in 2019 alone, malaria can be caused by five different species of the protozoan genus Plasmodium. The most prevalent are P. falciparum and P. vivax. The latter causes 84 percent of cases in Brazil. A vaccine has recently been approved for P. falciparum, the most aggressive species. The parasite is transmitted to humans by the bite of an infected female Anopheles mosquito.

P. vivax usually causes a mild form of malaria, but treatment is more complex because dormant forms of the parasite may remain in the patient’s body for a long time and are hard to eliminate. In addition, patients who display major imbalances during the acute infection stage may progress to a worse clinical condition and suffer from more severe symptoms after treatment begins. However, clinical condition deteriorates even when parasitemia is low.

In the UNICAMP study, alterations of clinical parameters and biomarkers detected in plasma from patients with P. vivax resulted from systemic responses and local infection, especially in the bone marrow and spleen.

The researchers measured a series of factors in patient blood samples, such as platelet count and P. vivax lactate hydrogenase (PvLDH), a key target in diagnosing blood-stage malaria, as well as total parasite biomass, to confirm the possibility of predicting the extent of infection outside the bloodstream.

“Biomass rather than parasitemia is associated with several problems. This is extremely novel and hasn’t been investigated in depth until now. Our findings highlight the importance of parasite biomass in the bone marrow and spleen. It’s clear that these two organs play a major role in vivax malaria complications,” said Fabio Trindade Maranhão Costa, a professor at UNICAMP’s Institute of Biology and co-principal investigator for the study alongside Matthias Marti, a professor at the University of Glasgow (Scotland). Costa has been researching malaria for over 15 years.

The study was supported by FAPESP via the Thematic Project “Development of new tools for discovering and validating molecular targets for treatment of P. vivax” and scholarships awarded to João Luiz da Silva Filho, first author of the article alongside Ph.D. candidate João Conrado Khouri Dos-Santos. Silva Filho was a postdoctoral fellow and research intern at the University of Glasgow with FAPESP’s support.

“Every step we take in our research confirms that P. vivax is different from P. falciparum. From afar they may seem the same, but when you look more closely you detect the differences. This is important to the development of more effective treatment, specific controls, and even a vaccine,” Costa told Agência FAPESP.

In an announcement considered historic in early October, the World Health Organization (WHO) recommended widespread use of the RTS,S/AS01 vaccine against falciparum malaria among children in sub-Saharan Africa and other regions with moderate to high falciparum malaria transmission.

This does not include Brazil, however, despite the fact that 140,974 new malaria cases were reported in 2020, according to the Health Ministry, because 84.2 percent of these notifications (118,651), were vivax cases.

The symptoms of vivax malaria include fever with chills (initially every day, and later every two days), joint and muscle pain, prostration and profuse sweating.

Almost all cases of malaria in Brazil are reported in the Amazon region, which comprises nine Brazilian states. Amazonas state had the highest number in 2020 (about 58,000), followed by Roraima (approximately 27,000).

The group conducted a cross-sectional study of uncomplicated vivax patients treated at the Doutor Heitor Vieira Dourado Tropical Medicine Foundation (FMT-HVD) in Manaus, capital of Amazonas state. Marcus Vinicius Lacerda, an infectious disease specialist, and Stefanie Lopes, a researcher, contributed to this stage of the study.

The sample comprised 79 adult mild vivax patients with an average age of 36, and a control group of 34 healthy uninfected age- and sex-matched subjects. Parasitemia varied broadly among the patients, who exhibited clinical signs of uncomplicated vivax infection at enrollment. However, significant hematological abnormalities were present in most patients during early onset of the disease.

“When we separated some of the patient plasma samples to stimulate endothelial cells, we observed strong modulation of the cellular monolayer, without direct or indirect interaction with the parasite for endothelial dysfunction,” Costa said.

The research done by Costa and his group has resulted in other articles, including one published last year in which bone marrow is shown to be a major parasite replication reservoir and parasite biomass a key indicator.

“Each study enables us to assemble more pieces of the puzzle, and our findings talk to each other. That’s how science works: piece by piece, brick by brick,” he said.

Next steps include a more detailed analysis of the parasite’s behavior in bone marrow, following patients for a longer period and collecting blood samples to detect alterations in bone marrow that can explain malaria complications.

Malaria parasite’s partiality for the spleen 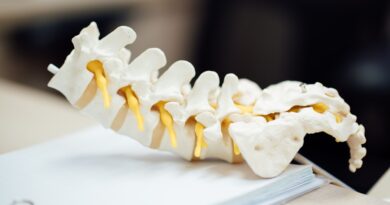