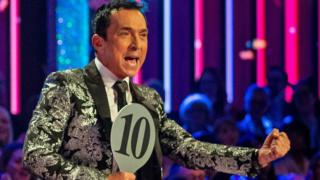 Bruno Tonioli will not be behind the Strictly Come Dancing judges’ desk for some of this year’s series, while he takes part in the US version.

The impassioned Italian usually appears on both Dancing With The Stars and the BBC show, flying back and forth.

But that’s not possible this year. He won’t be replaced on the UK panel.

The BBC said Tonioli would still “be involved remotely” in the Sunday results shows and then return full time “towards the end of the series”.

This year’s series will be will be “slightly” shorter than usual due to the coronavirus pandemic, the broadcaster has said.

It normally begins in September and ends in mid-December. Its run largely overlaps with Dancing With The Stars, which normally ends in late November.

The BBC hasn’t said how long this series will be, or how long Tonioli will be away. The timing of his return is likely to depend on the transmission dates of Dancing With The Stars and any quarantine requirements.

Previously, Tonioli has commuted between the shows every week. However, the current rules say anyone flying from the US to the UK and vice versa must self-isolate for two weeks.

The BBC also didn’t give any details of how he would take part in the results shows remotely.

In a statement, Tonioli said: “I absolutely adore being part of Strictly and can’t wait to see what incredible dancing this year has in store.

“Lockdown has resulted in me being in LA for the foreseeable, but I’m excited to be involved as much as I possibly can.”

Executive producer Sarah James said: “I’m overjoyed that we’ve found a way for Bruno to be part of this year’s Strictly.

“His passion and enthusiasm are such a big part of the show, I’m thrilled we can continue to deliver that to audiences this year.”

In the past, the choreographer has usually missed one week of Strictly every series, to give him a mid-season break from travelling. In recent years, he has been replaced on the judging panel during his week off by The Fresh Prince of Bel-Air star Alfonso Ribeiro. 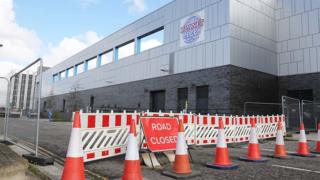