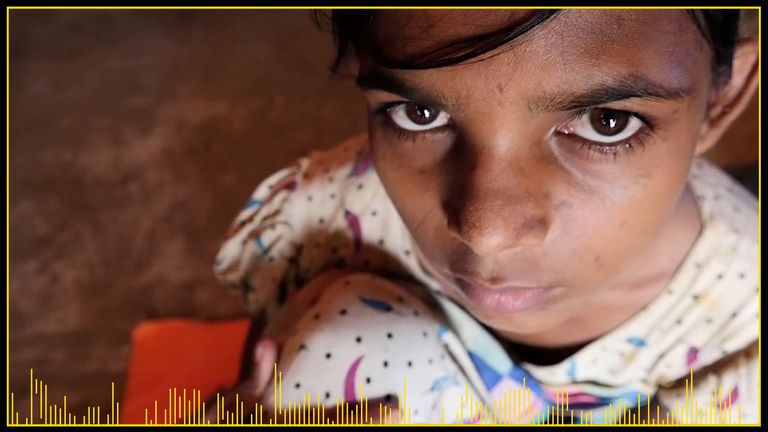 In 2017, Myanmar’s military unleashed a deadly campaign of ethnic cleansing against the Rohingya people living on the western coast of the country. Soldiers carried out murder and rape on a massive scale as more than 700,000 people from the mainly-Muslim minority group fled to neighbouring countries. One of those Rohingya is Zoora, who was just 12 years old when she arrived at the Kutupalong refugee camp in Bangladesh. When Sky News journalist Ashish Joshi found out sex traffickers were prowling the camp he realised this was more than just a news story – he had to do something.

Zoora and Ashish have shared their incredible story in War Child – the sixth episode of StoryCast ’21, a Sky News podcast series telling 21 extraordinary personal stories from some of the biggest news events of the century.

Ashish picks up the story: “She’s a girl I’ve never forgotten, who I first met in 2017 in the Kutupalong refugee camp in Bangladesh.

“Rohingya children like Zoora have seen things no child should see. She survived the massacre at Tula Toli where hundreds were slaughtered.”

The 12-year-old watched as her parents were murdered at the hands of Myanmar soldiers.

Sharing her story in full for the first time in War Child, Zoora says: “I remember it was a Wednesday when the military came, they started shooting… people started jumping into the river and I also jumped.

“I got a bullet injury near my hip on the rear side. I was floating on the water. Then I was found lying down, near the river bank unconscious.”

Of her parents and five siblings, Zoora and her younger brother were the only ones to survive the massacre.

“After I got the bullet injury I thought I would die,” she says. “I couldn’t tolerate the pain and burning in my injured area. People carried me and gave me food but I could not eat.”

Zoora was on her way to a sprawling refugee camp in Bangladesh that would become home to tens of thousands of Rohingya.

“My understanding of Zoora’s journey is, it would have been similar to the one made by thousands of refugees,” Ashish explains.

“It would have been up mountains, through jungles, across forests, and wading across a maze of rivers.

“We know that the borderland in some places was heavily mined by the Myanmar army.”

Zoora arrived in Bangladesh after a three-day journey and was taken to hospital before she arrived at the Kutupalong camp.

Ashish had been despatched to cover the story for Sky News, and encountered Zoora crouched on one knee, shuffling from side to side.

The traumatised girl didn’t make eye contact very easily, but in a soft, faltering voice, she began to tell Ashish what had happened to her family.

Ashish had been a journalist for more than 25 years and had witnessed horrors first hand all over the world. But as a father to young children himself, nothing had ever impacted him quite the way Zoora’s story did.

“I remember him saying ‘I’ve never had it so good, these are easy pickings, this is the easiest we’ve ever had it… we can pick up these children, bundle them into vans and they won’t be missed.”

It was at that moment Ashish thought to himself: “Oh my god, he’s talking about children like Zoora.”

The journalist decided that this was more just another story – he had to do something to help.

Find out what happened next by listening to War Child, the latest episode of StoryCast ’21.

You can hear Zoora and Ashish’s incredible story here. 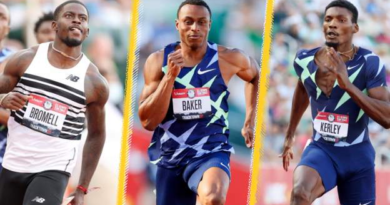 Tokyo Olympics: Who are the contenders for Usain Bolt’s 100m crown?