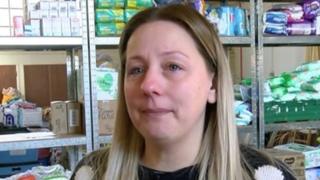 A charity that supports parents with babies and young children has spoken of its “hurt” after finding some of its donated goods for sale online.

Volunteers at The Nappy Project said they spotted a pram donated to a family posted for sale on social media.

The Stoke-on-Trent charity, which also donates items such as milk and nappies, says its name will be written on items it gives out in future.

The online listing was reported to police.

However, officers said the sale of goods given in kindness was not considered a crime.

The Nappy Project was set up about 20 months ago and initially worked with 20 families in Stoke-on-Trent.

Now, during the coronavirus pandemic, volunteers have carried out 1,200 deliveries in the last five weeks, travelling as far as Congleton, Crewe and Manchester.

Usually, the charity finds only one or two instances of its goods being sold on in a six-month period, founder Hayley Jones said. But, in the last three weeks, it has seen about six sales.

One such instance saw a pram donated to a family by the charity listed for sale on social media for £50.

“It’s happening because we’re doing non-contact deliveries so we can’t get people to sign the usual legal form.”

“This individual said her baby was starving so had tubs of milk from us for three weeks. Then we saw it for sale as ‘three for £10’ on Facebook,” Mrs Jones said.

The charity may stop deliveries if the sales continue, Mrs Jones said, adding that volunteers are now writing the Nappy Project’s name on everything they give out. 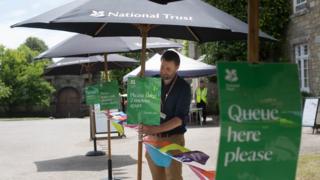 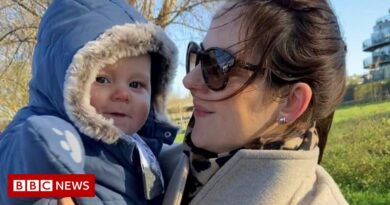