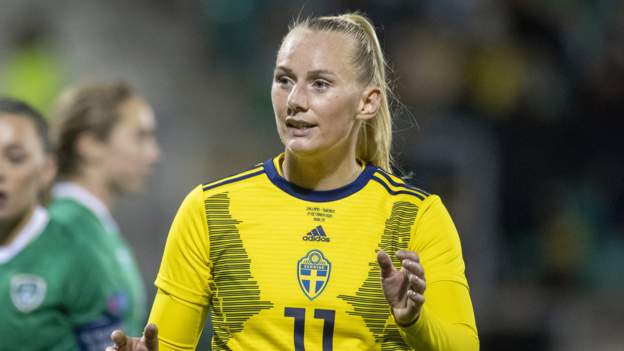 Blackstenius, 25, was out of contract at Swedish club BK Hacken.

She scored 17 goals last season and picked up eight assists in the Swedish top flight before winning a second successive silver medal for her country at the Olympic Games.

“A standout for her is her ability to score goals in really big games,” said Arsenal manager Jonas Eidevall.

Fellow Swede Eidevall added: “That is down to her being an excellent player running in behind when she is exposed to space.

“If you look at the games we played against Barcelona for example, I think a quality that we really missed in the side is someone to punish teams that are playing with a high defending line, so she will help us with that as well.”

The Gunners were favourites to sign the attacker after several WSL clubs had expressed interest, although the length of the contract has not been disclosed.

Blackstenius has attracted attention from around Europe, including Manchester United, after playing the majority of her career in Sweden, apart from a two-year stretch at Montpellier in 2017.

Eidevall added: “A player like Stina being free in the market, of course she attracted interest because of the way she has performed in the league over the years and then for the national team. I think any club would have her on the radar.”

Blackstenius was also named on the 20-player Women’s Ballon d’Or shortlist in 2020.

Barrow: The Bluebirds’ 48-year wait from being voted out to being voted back into the Football League 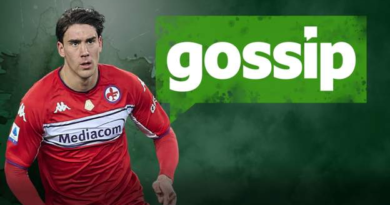