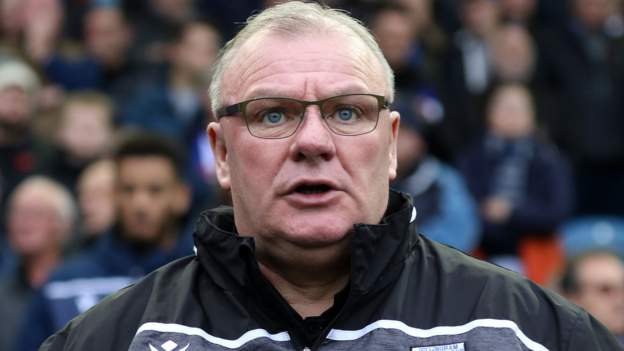 Gillingham chairman Paul Scally has turned down an approach from Stevenage to talk to boss Steve Evans about their vacant managerial role.

Stevenage sacked Alex Revell on Sunday after a run of just seven points from 12 games saw them drop towards the bottom of League Two.

Evans is in the last year of his deal at the Gills having joined in May 2019.

“He [Scally] did let me know in an email yesterday that he turned that request down to Stevenage,” Evans said.

“That’s within his rights and duties as the chairman and owner of this football club to do that.”

The former Crawley Town, Rotherham United, Leeds United and Mansfield Town manager has won 41 and lost 41 of the 122 games he has been in charge of at the Kent club.

They are 19th in League One, two points and two places above the relegation zone.

“I have a meeting with the chairman later today, not just to discuss that, he may take that further and discuss it with me, he may not, that’s his prerogative,” Evans added to BBC Radio Kent.

“But as a matter of public record everyone knows my contract’s up at the end of the season, I’ve had chats with the chairman over the last couple of weeks on that.

“The chairman knows where I want to go in the summer and the one thing we are going to try and do collectively is win on Saturday and win some points going forward.” 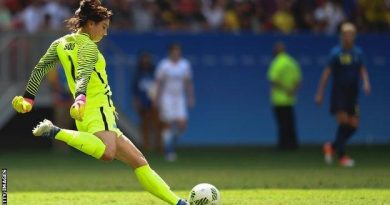 Hope Solo: Former US goalkeeper on why ‘sacrifice has to be made’ in fight for equal pay