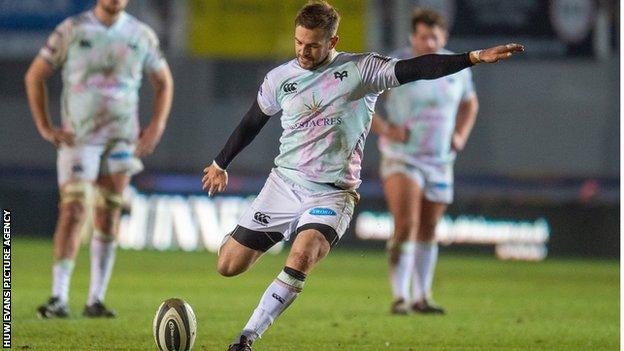 “Our intent is certainly to try and keep him here, I think he has done enough to have those conversations,” said Booth.

Anscombe is not expected to return until next season after injuring his knee in August 2019 while playing for Wales against England.

Myler spent much of his career at Northampton and helped Saints win the European Challenge Cup and English Premiership in 2014 as part of a 330-game, 2,655-point spell before departing Franklin’s Gardens in 2018.

He played his only international against Argentina in June 2013.

Myler has played an integral role in Ospreys’ resurgence under Booth, with the region winning five out of the last six games, and could now be in line for a contract extension.

“The team predominantly is the same and he has literally been the quarter-back of the improvements at the Ospreys,” said Booth.

“So that warrants a conversation which is going on now and if we could firm that up it would be awesome, and it’s got to be right for Steve too.

“Our intent is certainly to try and keep him here.

“I’m sure people raised a few eyebrows when Stephen walked through the door at the Ospreys at 35 but look what he’s doing for us. He defies age.”

“We have vested an interest in him, for sure, as I’m sure have a number of people.

“It’s probably an example of wanting to make the squad more robust, especially when we have to deliver so much to international programmes.” 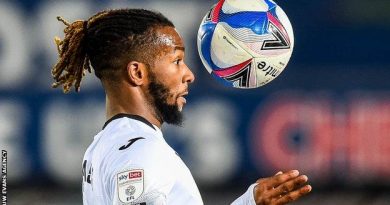